With yesterday’s software updates El Capitan fell off the security patch bandwagon, as expected. Apply historically only patches software for the current software plus two versions prior. So that means Mojave, High Sierra, and Sierra. The good news though, is that if you have a compatible computer software upgrades from Apple are free.

Not sure what version you are running? Here’s how to find out. Don’t assume that you’re on the latest version because your computer automatically updates itself. Normally auto-update only installs updates for your current software. Usually it will offer to upgrade you to a new version once, but if you dismiss the offer to upgrade it doesn’t persist. You then have to choose to get it from the Mac App Store.

If you have a computer running El Capitan still I highly recommend you upgrade to a newer version if possible, or retire your computer if it cannot be upgraded. As security holes are found, Apple will no longer patch El Capitan. And at some point shortly after that software developers will stop making their software compatible which you’ll first notice means your web browser will stop functioning properly on the internet.

If you insist on keeping an obsolete computer please be careful and be aware of the risks. You should at the very least stop using Safari since that’s communicating directly with the internet and is no longer going to get updated. Firefox is a good alternative because they often support system software for two years longer than Apple does. Google Chrome only maintains support about one year after.

As an alternative to completely retiring the computer, you can install an alternate OS such as Linux, but the specifics of that are far more than I could cover in this post.

To find out what model and year Mac you have go to the Apple menu > About this Mac. 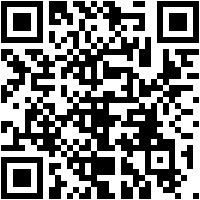 macOS High Sierra can run on any:

macOS Sierra has the same requirements as High Sierra, so if you can I’d suggest going to High Sierra because it will receive security patches for longer. But if for some reason you’d rather move to Sierra you can download Sierra on the Mac App Store.