Yesterday Apple made their annual fall announcements regarding new iPhones and Watches and release dates for upcoming software. As I usually do, here is the hype-free recap of what, when, and how much.

While most of these updates aren’t shocking or revolutionary, if you are in the market for replacing an aging device you’ll be very pleased with these new models. Long gone are the days where the products were new and moving at a fast pace and every year made you feel obsolete. Now we have products that have matured, are well-built, and will last many years.

The iPhone 11 lineup isn’t a dramatic upgrade from last year’s models, but it does have some nice refinements. Most people wouldn’t be upgrading from the XR and XS models so these comparisons may sound lackluster. But if you’re coming from an older model these differences will be huge. Compared to last year’s phone these are about 20% faster, have faster FaceID that works from wider angles and a better range of distances, better water resistance, more durable glass, Wi-Fi 6, and 1 to 5 hours of additional battery life depending on the model.

The most tangible new feature this year, however, is the improved camera. Each model is getting the addition of a super-wide-angle camera, so the standard phone now has two lenses and the Pro phones now have three. The new cameras are also capable of capturing far better images in low light. And new image processing on the Pro models called Deep Fusion will combine nine photos for a photo with amazing detail and clarity (coming in a software update later).

They also slipped in a $50 price drop on the basic iPhone model, since last year’s iPhone XR was $749.

Those wishing to get preapproved for either the iPhone Upgrade Program or for their new financing option can do so through the Apple Store app. Then on order you can breeze through checkout more quickly. A credit check is done through Equifax. 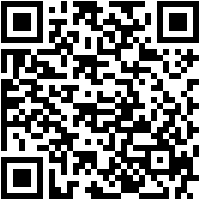 Available to order immediately for delivery on September 20

Watch Editions in stainless, titanium and ceramic, and Hermés in stainless range from $699 to $1,500, all of which include the cellular option.

This year’s Apple Watch model isn’t a dramatic difference from last year’s Series 4. The biggest difference is new screen technology that allows for an always-on display without sacrificing battery life. They added compass capability. The processor is now an Apple S5. Cellular models add the ability to call emergency services when in foreign countries. And the storage capacity jumps from 16GB to 32GB.

The new Watch comes in aluminum as it always has, but this time the aluminum body is 100% recycled. Also available is brushed titanium in two finishes and ceramic white.

If you’ve been holding out on getting a new iPad, this new 7th generation model is a pretty appealing bump in specs for a really affordable price. It’s basically what the original iPad Pro was for a fraction of the price.

The standard iPad size has increased from 9.7″ to 10.2″ with no increase in cost. A Smart Connector has been added allowing you to attach a keyboard that doesn’t require its own battery, just like the iPad Pro. The body is now made from 100% recycled aluminum.

Previously announced, we now get pricing details on Apple’s new streaming service, Apple TV Plus. Comprised of exclusively original content, some of these shows look quite good.

1 year is included with the purchase of an iPhone, iPad, or Mac. It isn’t clear if this is one-time or if you will continually get it for free if your family buys one Apple product every year. I’m assuming it’s a one-time offer.

Apple device not necessary. You can also watch in a web browser.

Apple Arcade is a gaming subscription which provides access to all Arcade titles on iPhone, iPad, Mac, and Apple TV. This doesn’t apply to all games on the App Store, but a certain subset of apps designated as “Arcade”.