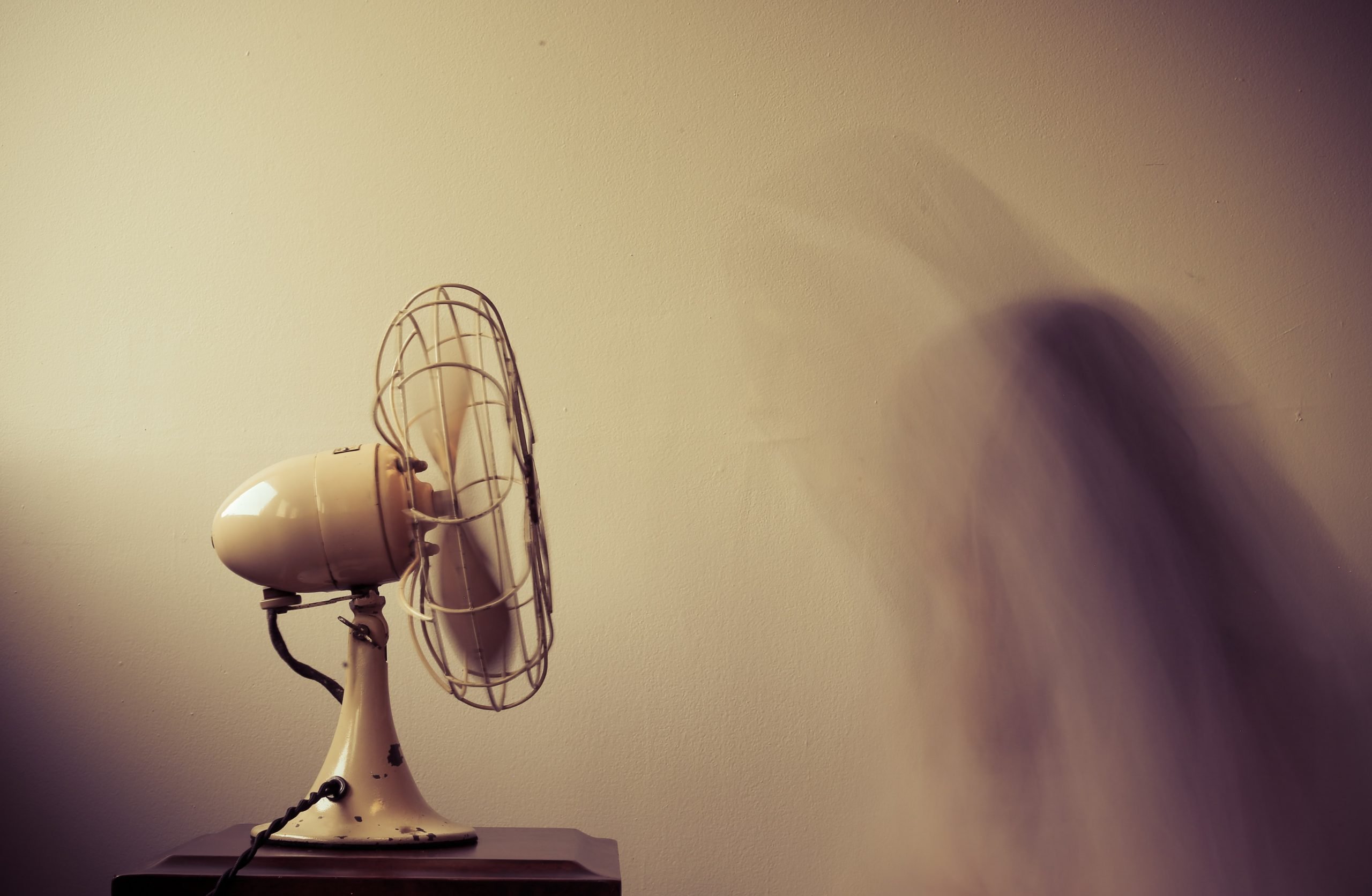 A running fan or a hot computer doesn’t necessarily indicate a problem unless it’s accompanied by random shutdowns. A computer that gets hotter turns the fan on. But not because of the age of the computer or because something is broken. It’s mostly because new software and more modern websites are more demanding, causing it to work harder to keep up with things. Recently one of the biggest causes of the fan kicking in is Zoom and other video call apps. Those are very intensive for the computer. But it’s not necessarily a problem. Just like taking your sweater off when you get warm, your computer is just doing what it needs to do to remain comfortable.

You also don’t need to worry about a very hot computer. I often get emails from customers who are concerned because their computer is giving off heat. But unless it’s so hot that you can’t touch it you don’t really need to worry. The heat on the body of the computer means that the heat is effectively dissipating from the electronics inside, much like a car radiator.

So you probably don’t need to worry about it. Those things are not necessarily problems. But if you really want to dig in here are a few things to check or try:

If the fan is making an irregular, grinding noise. This could be an indication that a ball bearing on a fan is going bad. There isn’t anything wrong with that exactly, but if the ball bearing gets jammed and the fan stops up entirely then your computer could overheat and turn itself off. You may want to consider getting the fan replaced if you’re planning to keep the computer for a long time, or if the computer does spontaneously turn off you may want to try running Apple Diagnostics.

It could be dust buildup. Sometimes after many years of using a computer, particularly if you have pets, dust and hair can build up inside of the computer. This restricts airflow rendering the fans less effective. If you feel a rush of air when you hold a hand over the vents this is unlikely to be the problem since the air is moving freely. Dust can often be easily blown out by blowing or using a can of compressed air. iMacs have vents in the bottom of the display and laptop computers have vents in the joint between the display and the keyboard. If it’s hair buildup or extremely heavy dust buildup, it probably involves disassembling the computer so you can really get at the insides. Though this usually only becomes a problem after many years in a dusty environment. In normal or low-dust environments, the fans usually keep the air moving well enough to kick the dust out before it can settle.

Try restarting your computer. Often a simple restart will knock out the gremlins. Apple menu > Restart.

Try an SMC reset. The System Management Controller is a chip that manages the hardware of your computer. Sometimes it just needs to be reset. Apple provides instructions here for Intel Macs. If your computer has an Apple processor (some 2020 and later models) the SMC is self-resetting so you don’t need to do this.

If the computer turns off spontaneously then there could be a hardware problem. You should contact Apple Support, or if you are in San Francisco you can book an appointment with me. Unfortunately, more often than not the solution is usually a computer replacement.

It could be malware or buggy software. You can check for malware (intentionally malicious software or apps that got onto your computer by tricking you) by installing Malwarebytes. If it’s buggy software (legitimate software with unintentional problems) you can check each program to see if they offer updates with fixes or you can switch to an alternative app. Or uninstall it entirely. If an app doesn’t offer an official way to uninstall I recommend the free AppCleaner.

See what apps are putting high demand on your computer. Open up Activity Monitor (in Applications/Utilities) and make sure you are on the “CPU” tab. In the “View” menu choose “All Processes”. If you click on the “% CPU” column heading all of your processes will be rearranged by how much of your processor’s resources are in use.

If you still feel something’s not right and if you are in San Francisco, you can book an appointment so I can check your computer out.

Photo by Ava Sol on Unsplash