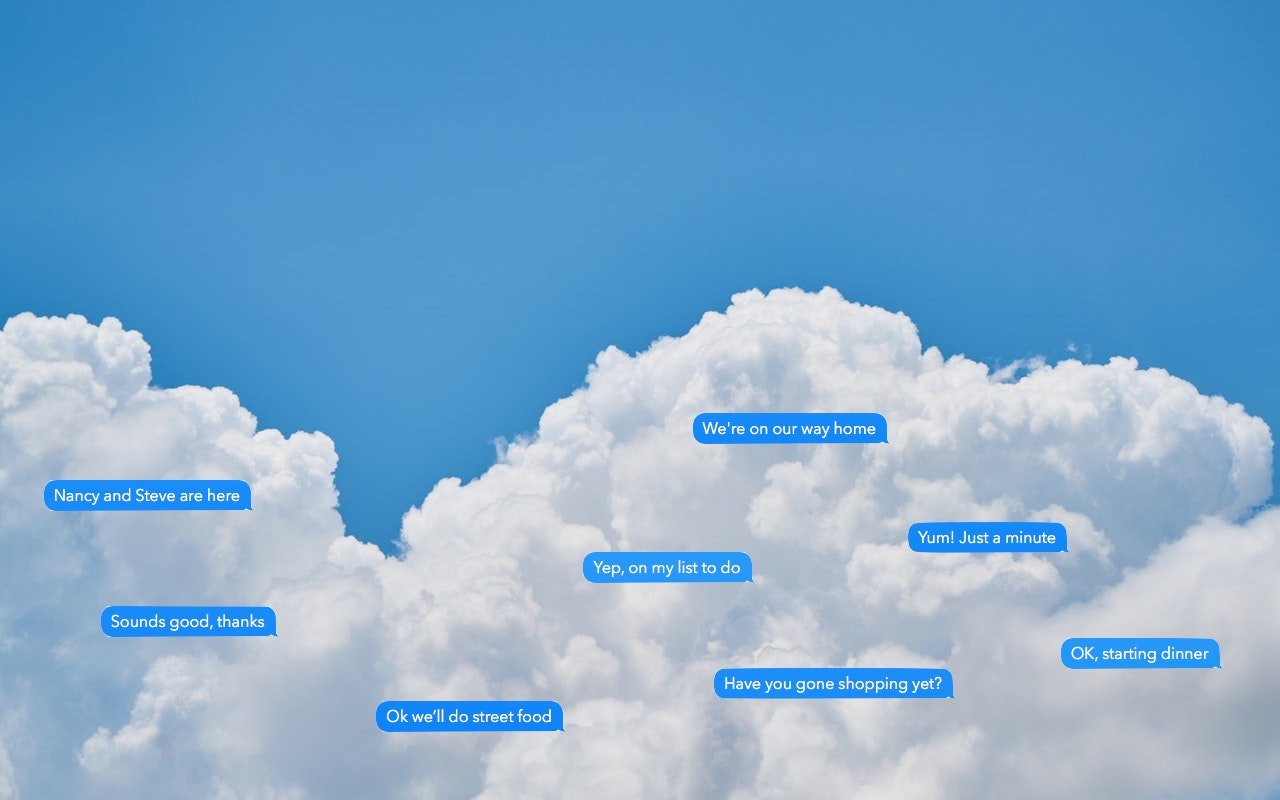 When Apple first announced macOS 10.13 High Sierra and iOS 11, one of the promised features was Messages in iCloud, a way of syncing your conversations in Messages via your iCloud account. This feature proved difficult for Apple to deliver, and it didn’t appear until the recently released macOS 10.3.5 and iOS 11.4.

The idea behind Messages in iCloud is that it, as the name suggests, stores your conversations and their attachments in your iCloud account, rather than on each device individually. That’s a win because it can offload non-trivial amounts of data to iCloud, freeing up more space on that 16 GB iPhone.

Because the primary source of Messages data is in iCloud, the conversations should also sync perfectly and more quickly than in the past, something that was often frustrating when conversations didn’t quite match up across device. (iOS 11.4 also fixes a bug that could cause some messages to appear out of order.) Even better, deleting a conversation or attachment on one of your devices deletes it from all of them.

The main thing to be aware of before enabling Messages in iCloud is that it does count against your iCloud storage space. That said, if you back up your iOS devices to iCloud anyway your backup will reduce in size for a net effect of zero. And if you have multiple devices Messages in iCloud will result in less overall iCloud usage because you aren’t retaining a distinct copy in the backup for each device. And, realistically, if Messages in iCloud would make you need a higher tier of iCloud storage, you were probably going to need to upgrade soon for other reasons anyway.

Enabling Messages in iCloud is simple. You will need to do this for each of your devices you use with Messages.

There are a few quirks to be aware of:

Should you wish to turn off Messages in iCloud, be aware that it may take some time for each device to download all the messages.

For most people, Messages in iCloud is a no-brainer. Its syncing works the way you’d expect, complete with quick updates and universal removal of deleted conversations. It also allows you to erase a device and not restore from backup, but still get your message history, a great tool for when all else fails to knock out a software bug. The main reason you might not want to enable the feature is if you have only the free 5 GB of iCloud storage and aren’t interested in paying for more space. Though for 99¢/month the 50 GB of storage makes life much easier, and that’s why we have iPhones, right?