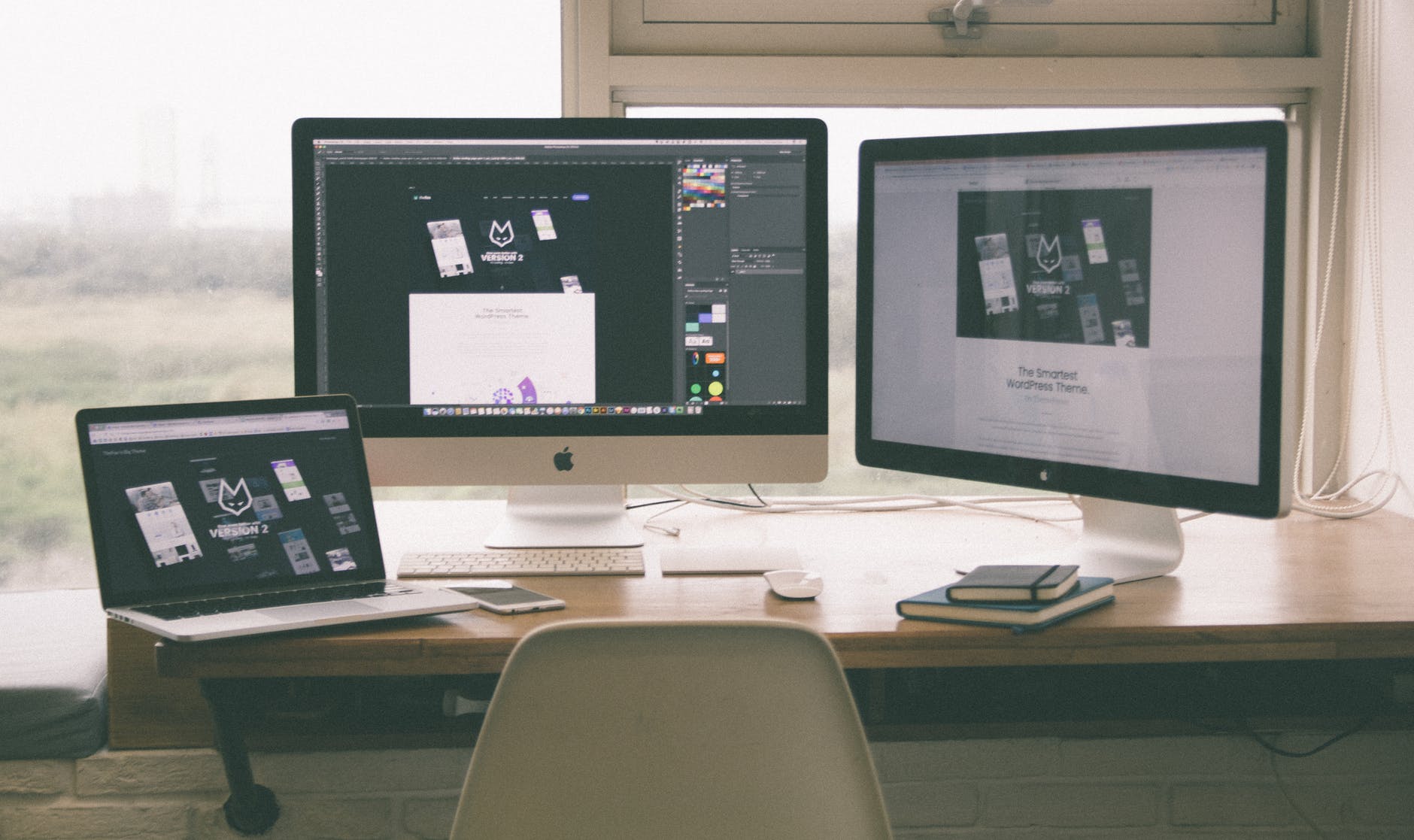 Updated November 30, 2020 to include information on the new M1 Macs.

One question I receive from many of my clients is what Mac they should buy. Luckily, Apple’s product lineup is very simple compared to most other brands. Basically, it comes down to whether you need a portable computer, a desktop computer, and how much power you need.

How many computers is too many?

Desktop computers give you more bang for the buck. It costs a lot more to cram powerful computing power into something portable.

But what if you want both? If you want a portable Mac on the go but enjoy having a large luxurious screen at home, I recommend getting a laptop computer and adding a huge monitor, possibly with a mouse and keyboard. You’ll come out ahead financially and with less headache compared to two computers. So if you already have a laptop but what you want is a big screen, you can get a fantastic 27” 4K monitor in the $500 range. My recommendation and the one I personally own is the HP Z27.

Getting your Mac configured properly upfront is far more important today than it was in the past. Macs now are rarely upgradeable, so in most cases, if you want to upgrade your memory or storage your only option is to replace the computer. Unfortunately, most of the basic configurations that Apple carries in-store are not ones I would recommend. And Apple employees will rarely try to upsell even when they should.

Memory or RAM. In general, I recommend 16GB for most users, or 32GB if you do professional multimedia work. Nearly every Mac comes standard with just 8GB which is plenty at the moment but in the future, as software and websites become more demanding it may not be enough. Another reason I recommend more RAM is that it takes some pressure off of the drive, which can wear out if it is used too much. So bumping up to 16GB can add 2 to 3 years of life to your Mac because it makes it more future-proof and it reduces wear and tear. Memory isn’t storage. It has nothing to do with how many files your computer can handle. For more on the difference, I wrote a blog post about that.

Storage type. As of the 2020 iMac update, all Macs now come with SSD (sometimes called Flash Storage) as standard, which is fantastic. These Solid State Drives are extremely fast because instead of containing mechanical spinning disks they have chips that can access any information instantly. Not only do they drastically speed up the computer (usually between 2 to 10 times faster!), but they are more reliable. If you are purchasing a 21″ iMac you also have an option for a Fusion Drive which is a combination of the new SSD and the old mechanical drive. I never recommend these. It is tempting because it promises the speed of an SSD with the storage capacity of a regular hard drive, but I’ve found them to be extremely unreliable. They are two drives in one which basically means it doubles your chance of a drive failure.

Storage capacity. If you don’t know how much storage you need, my general rule of thumb is to get something with at least twice as much storage as you are currently using. That will give you room to grow over the next 5 to 10 years of life that you can expect from your Mac. To see how much storage you are using go to the Apple menu > About this Mac > Storage. If you want help cleaning up your storage so that you aren’t taking a bunch of junk into consideration, you can read my blog post about that or you can book an appointment with me.

Processor or CPU. Beginning in late 2020, Apple has begun releasing processors they developed themselves called the M1. I presume that we’ll see a new generation soon called M2. As of November 2020 only 3 computers have this new Apple chip (MacBook Air, MacBook Pro 13″, and Mac Mini). Currently, you do not have an option for a different processor, so the rest of this section is moot. But the good news is that this single option is fantastic in terms of both speed and power efficiency.

If you’re getting a computer with an Intel processor, for most people I recommend an i5 processor. But if you do a lot of media work the i7 or i9 are definitely worth considering. Or if you just want to spend a little extra for a computer that is silkier. The i3 is an option on some models, but most people find it to feel sluggish. If you’re on a budget this is the first upgrade I would skip.

The processor type might make more of a difference than the speed. For example, going from 2GHz to 2.5GHz might not make a huge difference, but going from an i5 to an i7 might. And even more than that are the number of cores. A quad-core is roughly twice as fast as a dual-core of the same GHz depending on how you use the computer.

One case in which you don’t want a CPU upgrade is if battery life is important to you. Faster processors can chew through your battery faster.

AppleCare+. I’m always on the fence about recommending AppleCare+. It often makes sense to get it for a portable computer which is more prone to physical damage. But it’s really up to you.

How long can I expect a Mac to last?

It’s hard to predict when your computer might become obsolete or when it might start breaking down. And sometimes you just get lucky or unlucky. Sometimes a Mac will last less or more, but in general:

If your Mac is a major tool for your income, it’s normal to upgrade near the beginning of that range or sometimes even earlier. If you’re a casual home user you can usually make it toward the end of that range unless it just poops out.

What determines a Mac’s lifespan?

There are typically three different reasons a Mac has to be put out to pasture:

Do I need any accessories?

Generally, I do not recommend any of Apple’s accessories such as chargers or adapters. They are usually overpriced and Apple doesn’t have a very good track record at making cables that are reliable. The good news is that the new computers all use USB-C which is an industry-standard, so for the first time ever notebook chargers are now universal, which is the tradeoff we get for no longer having MagSafe. Forget to pack your Apple charger? You can grab a new Dell or Acer charger and use that!

For cables, I almost always recommend the Anker PowerLine series. They are extremely durable and easy to untangle. AmazonBasics, CableMatters, and Nomad are also good brands.

For USB-C adapters and hubs, I often recommend Anker or Aukey. They each have many different configurations that are good for different needs.

Sometimes what works better than a USB-C adapter is to replace the entire cable itself with a cable with USB-C on one end and the connector you need on the other. Especially when it comes to external hard drives. It usually costs $2 or $3 more than an adapter, but it’s going to be less bulky and more reliable. Great brands are Anker, AmazonBasics, and CableMatters.

Some samples of these cables are below, in order of left to right in the image above:

When should I buy a Mac?

Of course, if you need to buy a new Mac now go ahead and buy it. But if you have the luxury of choosing when, I normally recommend getting one when it has recently been released rather than right before a new one comes out. Knowing when Apple will release a new model can be tricky. Most computers get updated about once a year, but sometimes they go two or even more years between updates. It’s not like cars where a new model is predictably released annually. To check where we are in the update cycle visit the MacRumors Buyer’s Guide. They have an easy-to-understand table that shows each model of Mac, when the last release was, and how regularly they are updated. As well as a list of recent rumors about upcoming updates.

Where should I buy my Mac?

The first place people think of to buy a Mac is from the Apple Store. But Apple rarely offers the best prices. There are a lot of third-party resellers who are Apple-authorized, so you get the same warranty as if you bought directly from Apple.