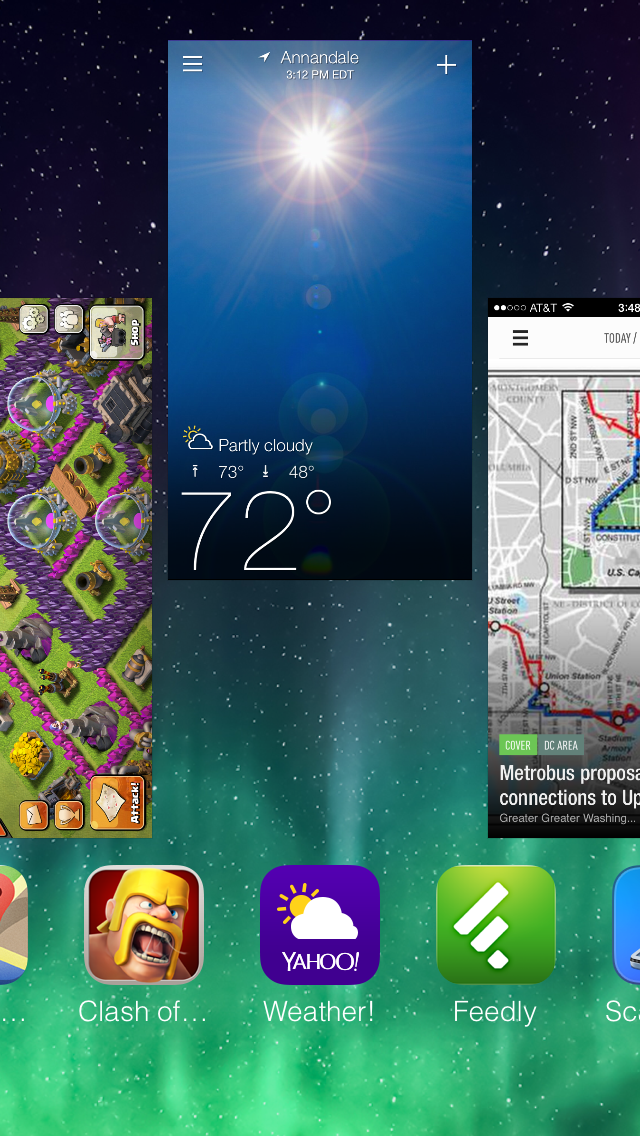 In case you haven’t seen the new task switcher in iOS 7, go ahead and give the home button a double-tap. It’s fast, beautiful, and functional. But tap-and-hold doesn’t bring up the X to close out apps like it used to. Instead, just flick the app off the top of the screen.

By the way, I have said this before but it is worth repeating again: closing apps doesn’t do anything to save battery life or make your phone go faster. As a matter of fact, it can do the opposite. Here’s why. Pretty much the only reason to forcibly close them is if they have crashed or if they need to be relaunched to refresh their settings. But even then, it’s usually only a poorly written app that requires that.