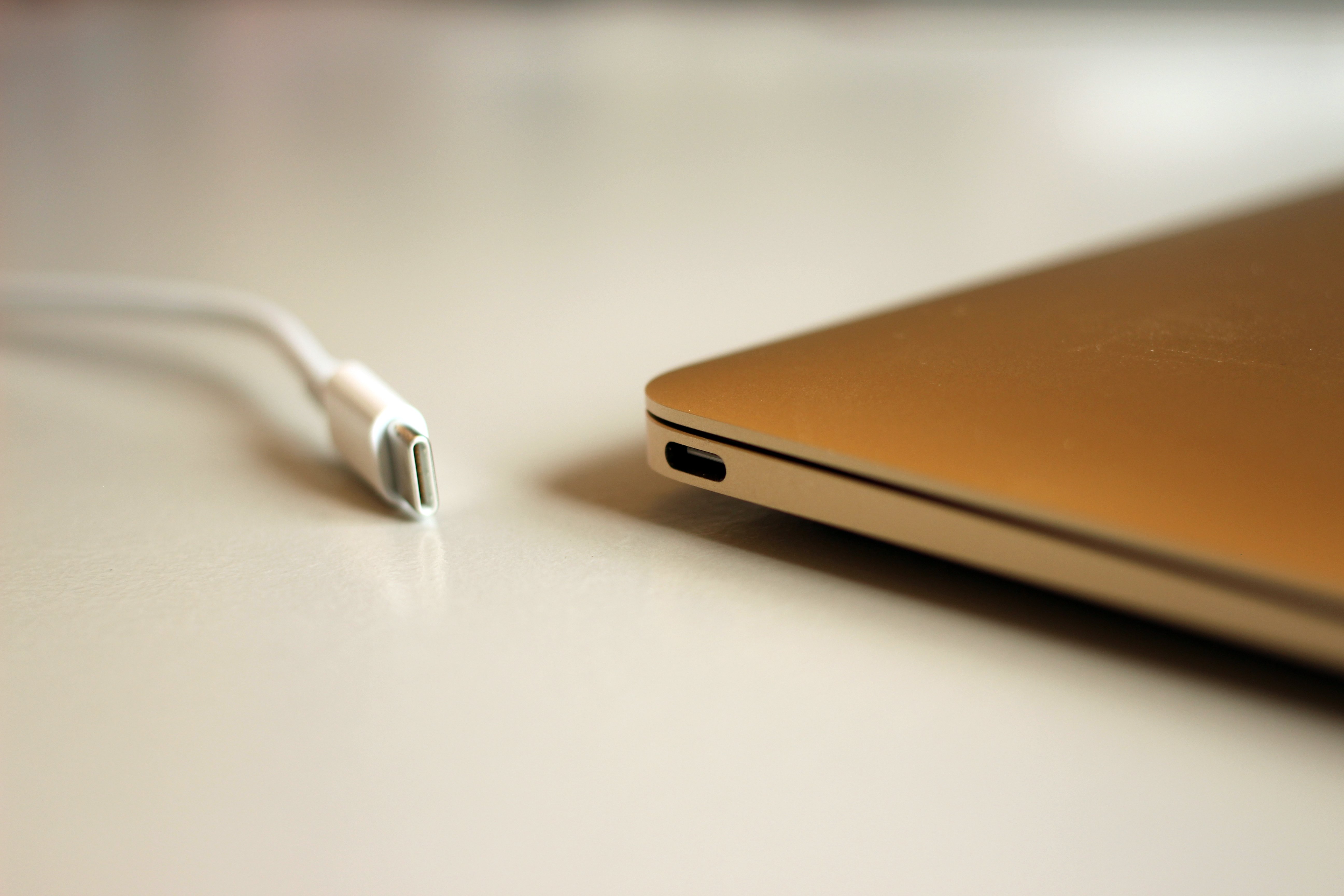 There has been lots of talk in tech news the past couple weeks about Apple’s decision to drop our beloved USB ports. And how Tim Cook is pushing everyone to use dongles or adapters. This would have never happened with Steve Jobs, right? While partly true in the short run, Apple and the rest of the industry sees a future with one cable. Reduced waste, fewer power adapters, less confusing.

When Steve Jobs announced the original iMac in 1998 we had dongles and adapters to connect to all of our old devices: parallel, serial, PS/2, ADB, MiniDIN-8, floppy disk. Jobs dropped the floppy before ubiquitous internet access and before thumb drives were commonplace. And USB accessories were not easily found on the market. But that controversial move was largely responsible for the quick adoption of USB through the entire industry. The new generation of USB brings even more technologies under its umbrella and we’re dealing with dongles again to get over this hump. But unless a major manufacturer (Apple) takes the brave stand for USB-C on its flagship computers (MacBook Pro) the rest of the industry is going to move too slowly and the market will stay fragmented with two different USB standards. This is what Phil Schiller means when he says “courage”.

If you like the future that USB-C has to offer but aren’t ready to make the move, Apple is still selling last year’s model. Just remember that in a couple of years it’s going to very incompatible with the new products on the market.

No. Apple is getting rid of USB-A connectors and switching to the new generation USB-C. It is true that you’ll need adapters to use your legacy devices, but your legacy peripherals can be converted with an inexpensive passive adapter.

This two-pack for $8 is great. Just get enough to convert all of your USB devices and you won’t have to worry about removing them and losing them. Attach it and leave it on. Or if you use a USB hub just get one for your hub.

Is This Proprietary Apple Lock-In?

Absolutely not. USB-C and Thunderbolt 3 are industry standards. There are third party adapters and cables you can pick up for dirt cheap. And in the near future all new devices will use these plugs. And many already do. Other manufacturers are already using these new standards, but Apple is the first to make a big deal of it with their flagship computer.

Why Thunderbolt 3 Instead Of USB-C?

The ports on the MacBook Pro (not the MacBook, yet) are both Thunderbolt 3 and USB-C. If all devices and cables involved in the connection are Thunderbolt 3 you’ll get speeds up to 40 Gbps. Otherwise it will give you the USB 3.1 spec of 10 Gbps. In other words, Thunderbolt 3 is a “premium” layer that rides on top of USB-C.

Why is Apple’s own product line fragmented between USB-C and Lightning?

A lot of people, myself included, were hoping that the move of their laptop line to USB-C meant that Apple would adopt USB-C on their iOS devices for charging and audio. But remember, in 2012 when Apple announced Lightning, they made a promise that they would keep the new connector for at least ten years since everyone was investing in new accessories. If this is just Apple keeping that promise, we won’t see USB-C on iPhone until 2022.

Couldn’t Apple Include Both Old and New USB?

If they had 2 USB-C ports and 2 USB-A ports, in 4 years when the computer is only middle aged and every device on the market has switched to the new plug people would complain that Apple planned obsolescence because we only have two usable ports. The route Apple decided on gives the early adopters slightly more hassle in exchange for computers that will last well into the future. Apple tries to build computers that last 7 to 10 years, so they build computers for where the industry is going, not where the industry is. You can always adapt an older USB device to work with the new ports. It’s much harder to adapt a new USB device to work with the old ports. In the long term this will be far less costly and more ecologically friendly because your computer won’t end up getting thrown away as quickly.

This would be just like “free” bread at a restaurant. You know that’s not free, right? The cost of your entrée is inflated to cover the cost of the bread. I have much more respect for a restaurant that bills you for what you actually want. If you get something for “free”, the actual cost is hidden somewhere. The cost of the added adapters would be padded by a higher price of the computer. And if they did include adapters for everyone, not everyone is going to need the adapters and Apple would be accused of creating more parts that end up in the landfill. And some people would prefer to get a mini docking station that covers multiple connections.

Isn’t this going to be confusing for the customer?

In the short term this is not any more confusing than the existing problem that USB-C is aiming to solve. Right now when you buy a printer you have to decide if you need a USB-A to USB-B cable or an ethernet cable. When you buy a hard drive it might include a cable but it might be the wrong cable. You might need a USB-A to MicroUSB-B cable. Or maybe you need a Firewire 800 to Firewire 800 cable. Or a Firewire 800 to Firewire 400 cable. When you buy a monitor you may have to get a Mini DisplayPort to DisplayPort cable. Or a Mini DisplayPort to DVI cable. Nothing has changed, you still have a device, a computer, and you have to figure out what cable goes between them. But this time you’re having to reevaluate several peripherals at once.

What Are The Improvements Of This New Connector?

What problems does USB-C have?

Apart from the obvious growing pains that have been discussed already, the biggest problem is knowing which cables can support which technologies. Just because something can be plugged in doesn’t necessarily mean that it will work. For example, if you plug in a Thunderbolt drive you’ll need to make sure that your cable is also Thunderbolt capable. And if you get a cheap cable with your Android it might be great for charging but it might not work to add a desktop monitor to your Mac. But as the standards become more widely accepted and consumers demand cables that are more capable, these problems will begin to dwindle.

We’ve dealt with dongles before. 30-pin to Lightning. VGA to DVI. Firewire 400 to 800. The difference is that in the past we’ve only had to migrate a single technology at a time. This time the entire computer industry has finally come together to decide on one standard connector that works for nearly everything (except iPhone, ugh). And it’s actually being implemented.