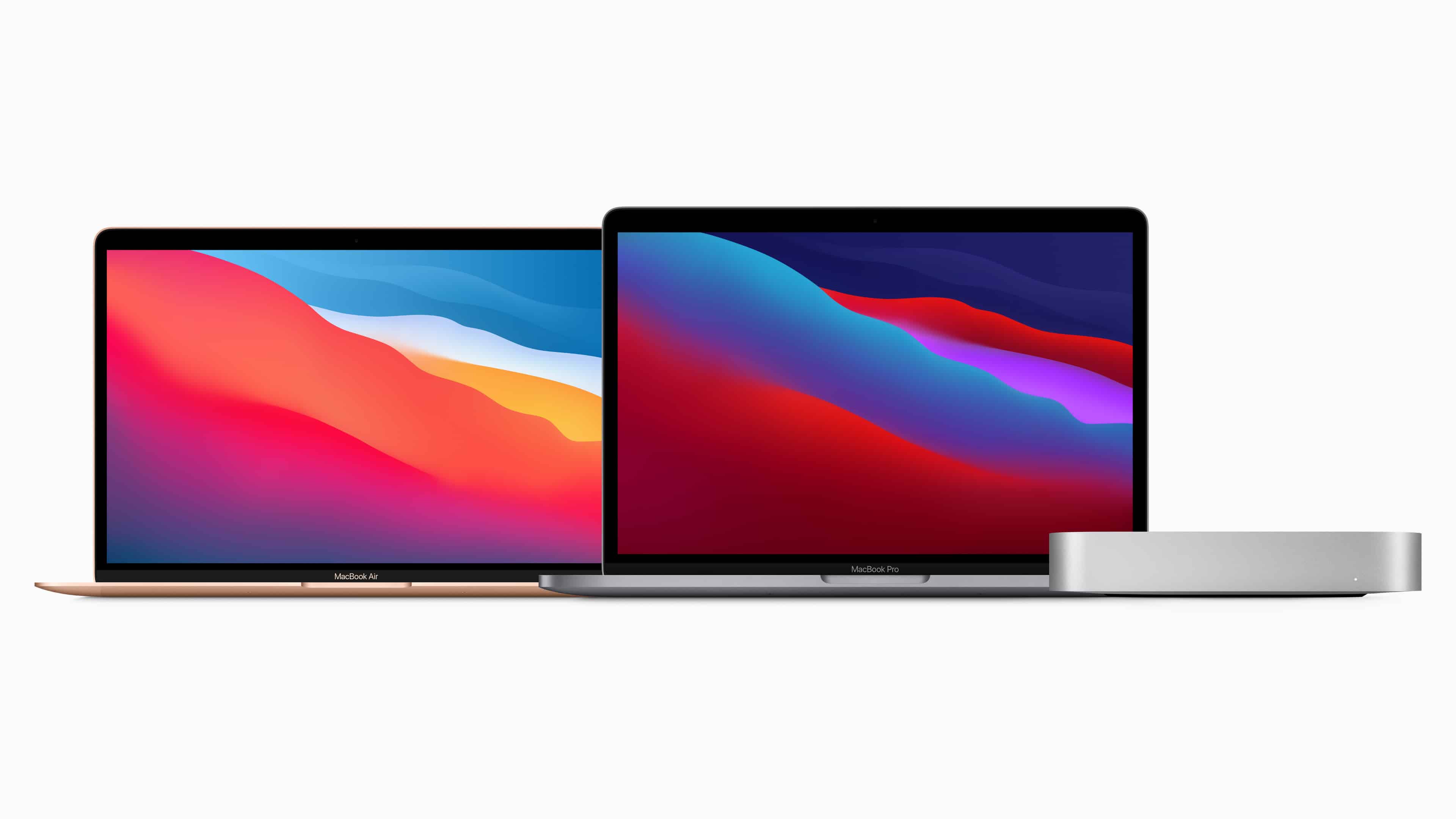 Today Apple made some big announcements about their new Mac Lineup. If you want to watch the entire announcement Apple has the video available.

As expected, Apple began their transition away from Intel chips to a chip of their own design. This new chip is not new. It’s the same one that drives the iPhone and iPad, but scaled up for the power of a Mac. This change was announced back in June, but today we got specifics on these new models. Apple expects to complete the transition of all Mac models sometime over the next couple of years. This is an exciting time for the Apple ecosystem. This change is going to allow their new computers to be improved by leaps and bounds in the coming years, in much the same way that their switch to Intel about fifteen years ago allowed for some really great improvements.

The big question on everyone’s mind is should you buy one of these new Macs right now? If your current computer is starting to age and frustrate you, it’s definitely a great time to get a new computer. These new computers look solid and are built on the existing Mac designs, simply with new chips. And you can expect Apple to support these new computers for far longer than if you bought an Intel-based Mac today. But if your current Mac is serving you well and you are just wanting something shiny and new, I suggest waiting. Apart from the new processors with impressive speeds, these new computers aren’t particularly revolutionary. I expect that in the next year or two we may see some major redesigns that really show off what these new chips are capable of.

These new computers are all about performance and battery life. They run roughly three times faster than the previous models they are replacing, about five to six times better graphics performance, and up to double the battery with the MacBook Pro reaching an astounding 20 hours of video playback on a single charge and all computers boasting doubled battery life in video calls. All of the new computers now have USB-4 and WiFi 6. The Mac Mini even managed to shave $100 off the price.

In addition to the massive speed and battery gains, the one major new feature is the ability for these computers to run iPhone and iPad apps. All apps will be able to run on Mac unless the developer has specifically opted out of the option.

It’s not all roses, however. There are a couple of small downgrades, though for most people this is not a problem. The MacBook Pro went from four USB-C ports to just two, bringing its ports in line with the MacBook Air. The Mac Mini also went from four to two USB-C ports, though it still does retain its two older-style USB-A ports. Additionally, the Mac Mini no longer offers the upgrade option for a 10 gigabit Ethernet port.

Apart from the huge tripling of performance, the MacBook Air has dropped the fan, making this an extremely quiet computer. This is the best computer for most people, having a great balance of price and performance. The $999 model comes with 8GB of RAM and 256GB of storage, but it can be configured with up to 16GB of RAM (which I strongly recommend) and up to 2TB of storage. Completely maxing this out brings the cost to$1,999.

This computer also gets a tripling in performance. However, the one place in which this computer got a downgrade that they glossed over was the dropping of two USB-C ports. The previous 13″ MacBook had 4, but this new one only has two, the same as the MacBook Air. If this is a deal breaker, you may want to consider waiting for the next revision or the 16″ model when that is released.

As far I can tell from just looking at Apple’s specs, there is little difference between the 13″ MacBook Pro and the MacBook Air, except that it has the controversial Touch Bar, better mic, better battery life, and the inclusion of a fan means that it can run high-intensity apps for longer without slowing down.

The Mac Mini gets the same treatment as the above computers with a tripling of performance. And Apple dropped $100 off the starting price. This time around it does get fewer USB ports, however, dropping two USB-C ports so now it only has two USB-4 ports and two USB-A ports. Also removed is the upgrade option for 10 gigabit Ethernet.

It was also announced that macOS Big Sur will be released on Thursday November 12, just two days away.