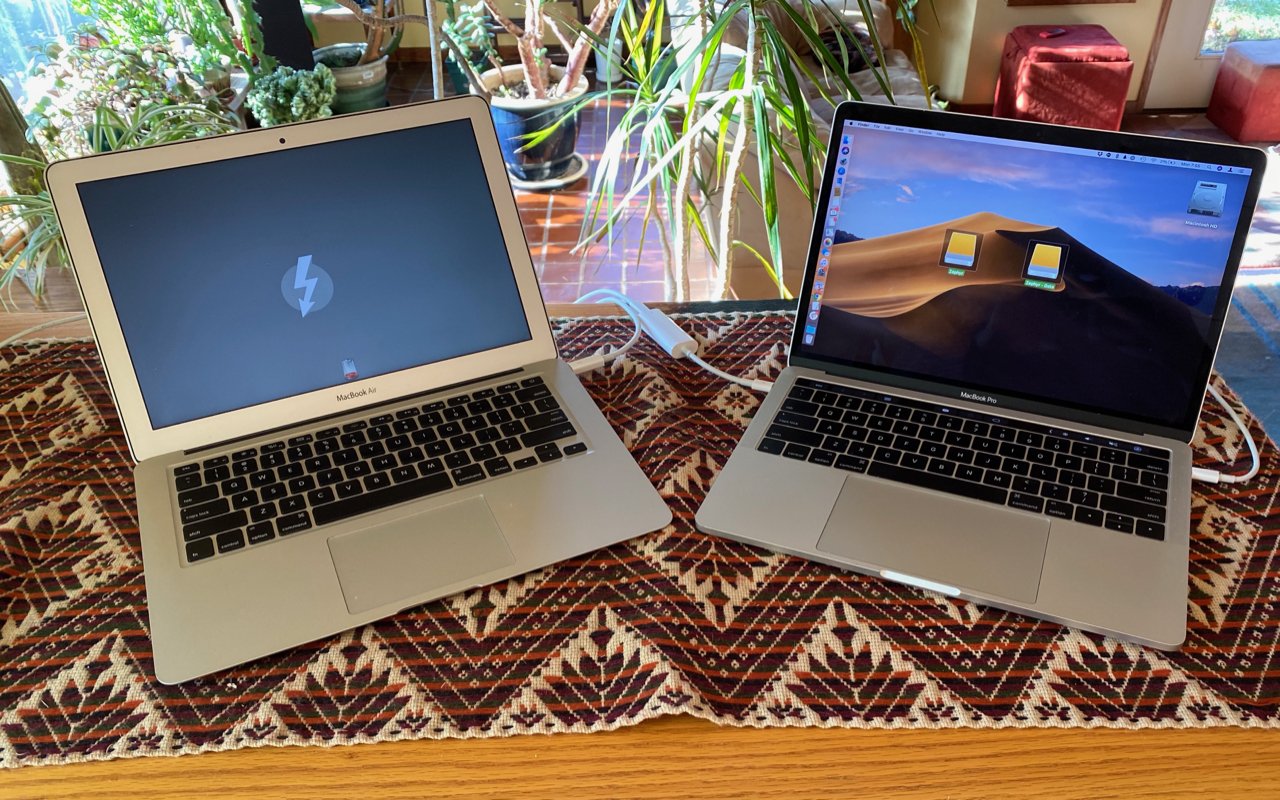 We have an embarrassment of riches when it comes to the number of ways we can move data between Macs. You can send files via AirDrop, attach them to an email message, put them in a Messages conversation, turn on and connect via File Sharing, or use Dropbox or iCloud Drive as an intermediary, to name just a few of the more obvious approaches.

But what if you have a lot of data—say tens or even hundreds of gigabytes—to transfer from one Mac to another? The techniques listed above might work, but it could be slow if you don’t run out of space. If you had an external hard drive with sufficient free space handy, you could copy all the data to it from one Mac and then copy the data back off to another Mac. To cut the copy time in half, though, try Target Disk Mode instead.

What Is Target Disk Mode?

Target Disk Mode is a special boot mode that enables nearly any Mac to behave like an external hard drive for another Mac. You can connect the Macs using Thunderbolt 3, USB-C, Thunderbolt 2, or FireWire. If connecting two Macs of a different generation you can use adapters, such as Apple’s Thunderbolt 3 to Thunderbolt 2 adapter or the FireWire 800 to Thunderbolt 1/2 adapter. Or even use both adapters if needed to get from FireWire to Thunderbolt 3.

Target Disk Mode is nearly universal, easy to set up, and one of the fastest methods of moving files between Macs. Let’s unpack that statement:

You can also use Target Disk Mode on an old Mac to set up a new Mac using Migration Assistant, repair its drive using Disk Utility, or possibly even boot another Mac with it. Booting one Mac from another in Target Disk Mode works best if the two Macs are of the same model and vintage and are running the same version of macOS, but it might work even if those facts aren’t true.

To use Target Disk Mode to copy data between Macs, follow these steps:

If you have hundreds of gigabytes to transfer and either of your Macs is a notebook, it’s best to connect it to power to avoid draining the battery before the copy finishes.

Two things can complicate putting a Mac into Target Disk Mode: FileVault and a firmware password. Both are easily worked around so long as you know the password:

Also, the Apple USB-C Charge Cable that comes with the power adapter for the MacBook, MacBook Air, and MacBook Pro models doesn’t support data transfer, so if that’s the cable you were planning to use, sorry, but you’ll need to buy a real Thunderbolt or USB-C cable.

Despite these small caveats, Target Disk Mode is one of the unsung innovations that has made Macs easier to use for decades, and it’s well worth keeping in mind whenever you need to move lots of data between machines.