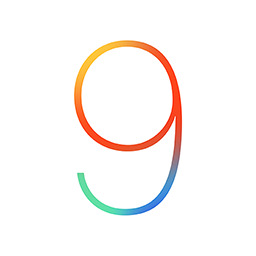 Thursday Apple released iOS 9.3.5 for iPhone and iPad. If you’ve been waiting to upgrade to iOS 9 because you don’t like to jump on new technologies right away, now is an excellent time. It’s extremely stable at this point, and next month you will no longer have the option to install iOS 9, only iOS 10.

For even the latest adopters I recommend updating every generation, even if it’s only the final “point release” before the next big new version comes along. It’s better to get used to the changes slowly every year rather than get used to several years of change all at once. It’s like skipping seasons 2, 3, and 4 of Game of Thrones and you’re confused because Sansa [spoilers redacted]. Sometimes you get forced into an upgrade because an app you depend on requires an upgrade or you break your iPhone and have to get a new one. And skipping generations is how most of the big bugs hit because that follows the most common testing environment for developers.

If you didn’t upgrade because you heard iOS 9 was buggy, the widespread problems have been resolved months ago. Apple is usually really good about solving bugs within a day or two if it prevents a large number of people from using their phones. But we never forget the early reports. Every major software upgrade gets bad reviews to begin with and then once the big bugs are ironed out and people get used to “their cheese being moved” they remember the bad things even after the problems are fixed.

If you didn’t upgrade because you heard that iOS 9 is slow, it’s really just the older devices that have problems. In my experience, any iPhone or iPad that has a Lightning plug instead of the old wide 30-pin plug runs it acceptably well. And anything that has the Touch ID ring should run it very well. So essentially as long as you aren’t running an iPhone 4s or an older iPad 2 or 3 you should be set.

If you didn’t upgrade because you don’t want your phone to change too much, the part of iOS that has had the most significant change since iOS 7 is the Music app. Most of the other changes have been small, incremental updates. A new feature here or there, an adjustment to how something works there, some other new feature that you probably don’t even notice because it works so seamlessly, a new programming interface that allows developers to make more capable apps… but that said the revamped Music app was disliked by a lot of people, particularly those who are very type “A” about managing their music libraries. A lot of the problems with the initial release have been fixed, but many people were very unhappy with the app as a whole. So Apple is giving the Music app another complete makeover for iOS 10.

If you didn’t upgrade because you didn’t have enough storage, please see my post on the subject.

That all said, no piece of software is ever perfect, so even though 9.3.5 is quite stable, I still recommend you back up your iPhone before you update. You never know what little anomaly the developers didn’t predict.