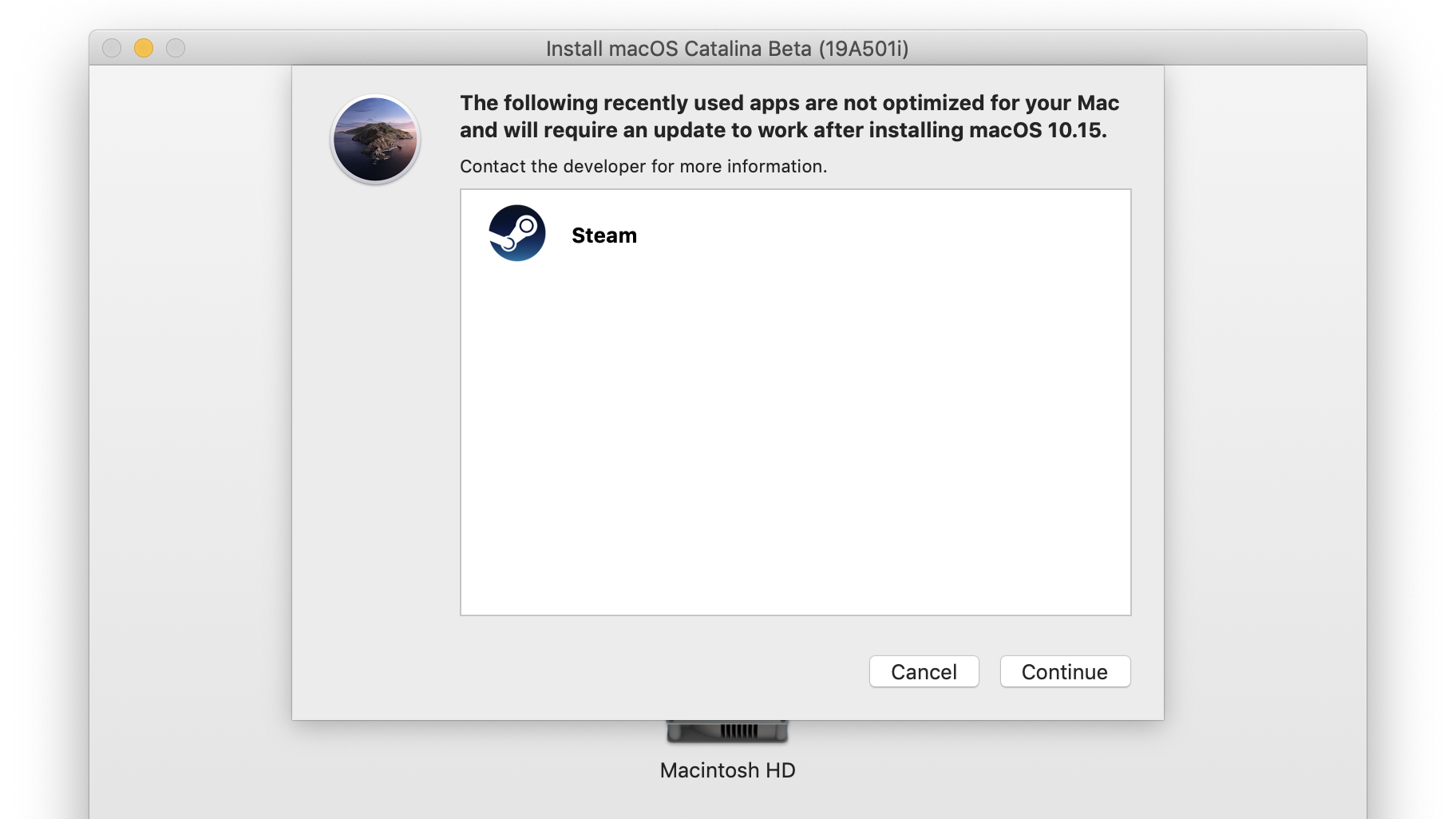 Though the hardware requirements for macOS Catalina (due out sometime in October) haven’t changed from macOS Mojave (apart from dropping the 2012 Mac Pro–not to be confused with the MacBook Pro), the one big change that has people concerned is that Apple is finally dropping support for 32-bit apps and going entirely 64-bit. This has been coming for years, as Apple only released a few 32-bit Intel Macs in early 2006 when they first switched to Intel and started switching to 64-bit processors later that same year.

you’ve been getting popup messages when launching some apps telling you that it’s not optimized this is exactly what that message is about. Those programs will not work on Catalina without being updated.

But first a little background.

When programming processors and software, every piece of information that needs to be stored or accessed has to have an address. In other words, when you launch an app and it’s running, it has to remember what you are doing and load your open files and computer instructions, and all of those parts have to be loaded into memory. And more importantly, later retrieved. With a memory address that is just 32 bits long, you can only reach the first 4 GB of RAM. So those older programs are unable to take advantage of your fancy new computer that has 8 or 16 GB of RAM.

Think of it this way. If you’re filling out a paper form, sometimes they give you a box for each letter. But your street address simply cannot fit because you live on a street with a long name and you have an apartment number. You can write it outside of the boxes and hope that’s okay with whoever reads the form, but unlike a a computer simply cannot handle something that there isn’t space for. So they are adding boxes to the forms.

More RAM is why we went to 64-bit, but there are other reasons we are dropping 32-bit and making the full switch. For the past decade-plus, macOS has supported both 32-bit and 64-bit. Which means that many components of the system software had to be duplicated. So extra storage was consumed, extra computer resources were needed to keep both systems running at once, and extra engineering was needed to write and test both systems. By simplifying and cutting off the 32-bit parts, our computers and the engineers at Apple will both have more resources and time to focus on the 64-bit parts, resulting in more efficiency and better reliability.

But isn’t this just putting off the inevitable? Are we going to have to go to 128-bit at some point? Well sure, in theory, but each bit is exponential so it’s going to be a very, very long time. 64 bits gives us access to 16.8 billion gigabytes. That’s a lot more than the 8 or 16 that our computers have today.

While Apple does warn you about incompatible apps before upgrading to Catalina, you are only warned about apps that have been used in recent months. For most people that’s fine–if you haven’t used the app in a while it’s probably no longer used. But if you want to be more thorough or if you want to plan ahead so your upgrade plans don’t get stymied, you can download the free Go64. It will thoroughly scan your computer and has some tools to help you decide what to do.

What are my options if I have 32-bit apps?

Basically, you have five options that I can think of:

The big ones you’ll have to watch out that a lot of people use that will abslutely stop working in Catalina are:

64-bit capabilities aren’t the only concern with upgrading your system software, this is simply a unique concern that we haven’t had to consider when upgrading macOS in the past. You’ll still want to check the support pages for each one of your apps you depend on to see if they are compatible or if compatibility is coming. Typically the ones you have to watch out for especially are Quicken, Quickbooks, Microsoft Office, Adobe Creative Cloud (it took them about six months to fix their software properly for Mojave), and Vectorworks. A great third-party resource to check for compatibility is Roaring Apps.