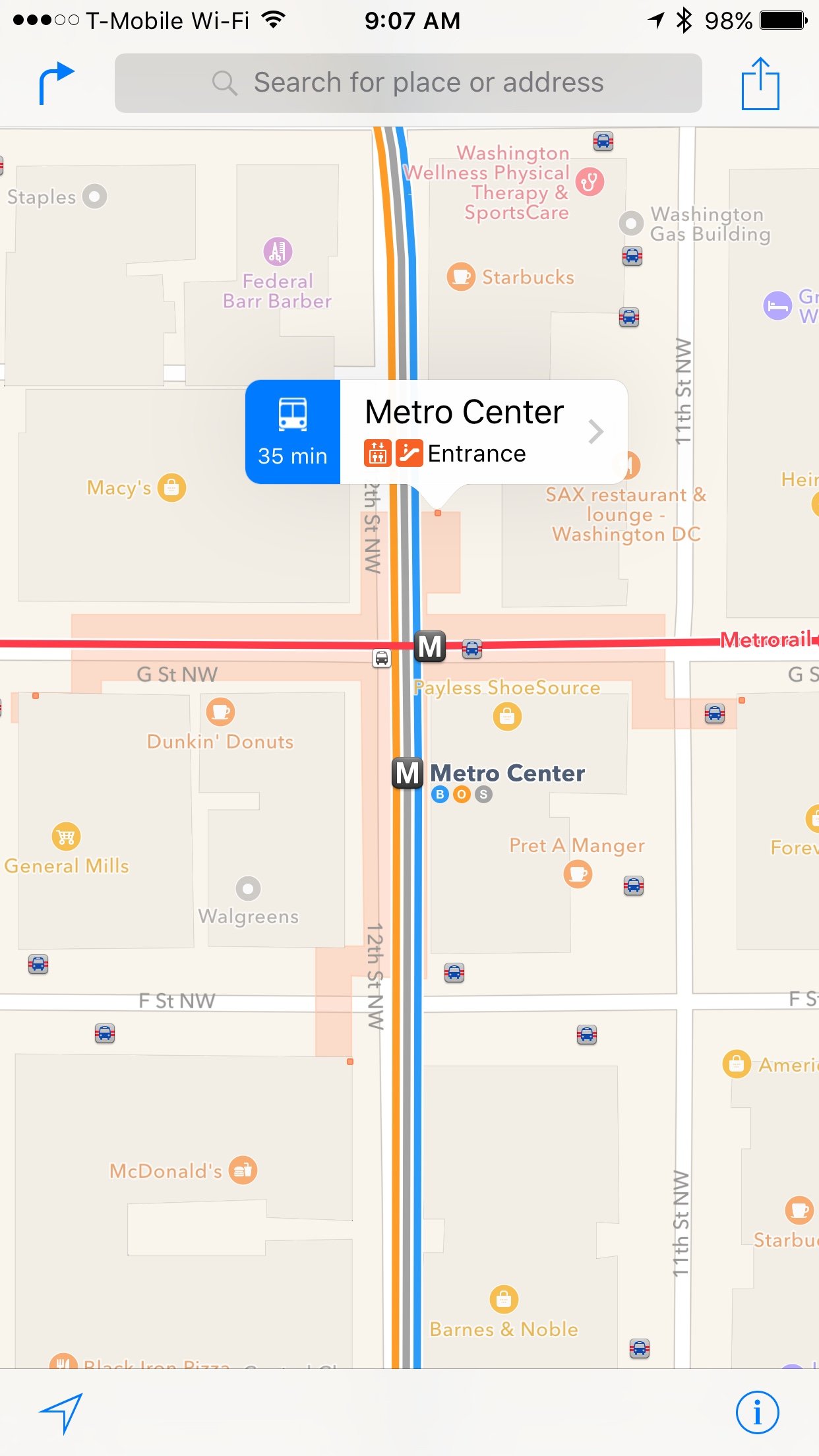 Apple Maps has been improving greatly over the past few years. Especially since we can now report errors. The recent iOS 9 and El Capitan upgrades expand Maps with not only transit directions for many major cities, but with a fantastic transit view that shows train lines and even shows maps of stations with entrances.

To switch to transit view fire up the iOS 9 Maps app, tap the encircled “i” in the bottom right corner, and then tap the “Transit” tab. To switch in El Capitan open the Maps app and use the buttons on the right hand side of the button bar.

After you request directions you can choose to get Transit directions instead by tapping the Transit button at the top of your directions. As you head out this weekend and hit the town, try using this new tool to get around.