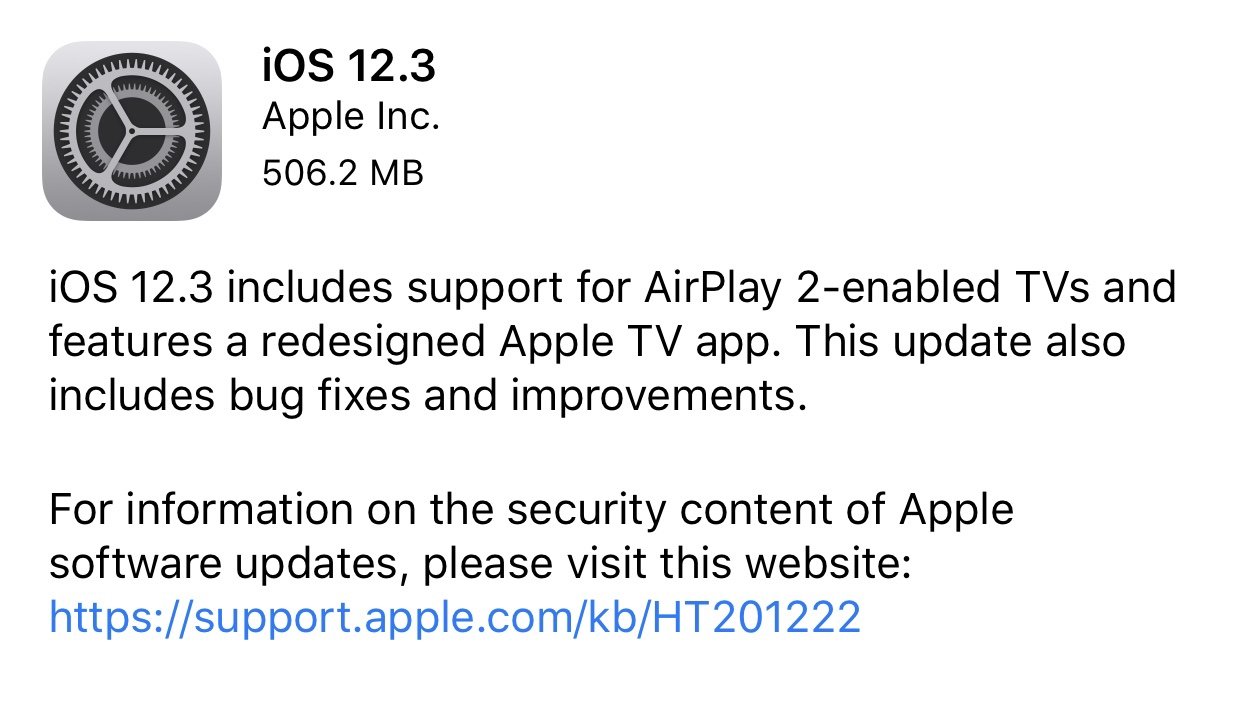 Today Apple released updates across all of their system software. We will probably only see one more update before the next major upgrades are released this fall, so if you have been holding off on upgrading to iOS 12 and macOS Mojave now is a great time to do it.

As announced earlier this spring, the release of iOS 12.3 and tvOS 12.3 introduces the redesigned Apple TV App, which focuses more on content discovery and includes options for watching content within the TV App rather than in the individual app for each channel if the channel decides to participate. Moving content into a single app allows for a more consistent experience and also allows for a central location to download shows for offline viewing. Several networks are already on board such as HBO, Showtime, Starz, and CBS. This app will also be the home of the upcoming TV+ service, set to launch this fall.

The Apple TV App will be coming to macOS “this fall”, presumably with the yet-to-be-announced macOS 10.15.

Apart from the Apple TV App and wider AirPlay 2 support, there are not really any other changes except the general security and bug fixes, which are reason enough to install the updates.