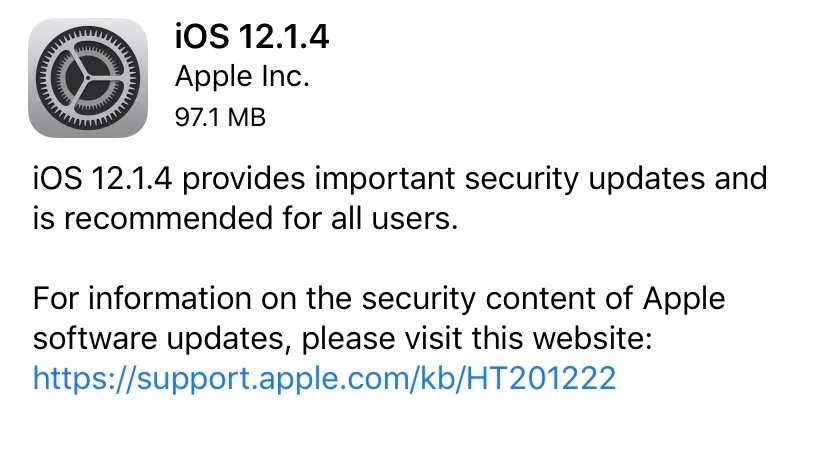 After a high profile bug last week allowed malicious users to use the Group FaceTime feature to hear and see the destination iPhone before the call was answered, Apple disabled the group calling feature, effectively blocking the bug. Today, Apple released iOS 12.1.4 which has fixed the bug, among a few other small security fixes, as well as a corresponding macOS Mojave 10.14.3 update for Mac.

Users wishing to use the Group FaceTime or Live Photo FaceTime capture must install today’s updates to get those features re-enabled. Even if you don’t intend to use those feature I recommend upgrading as there are some other security fixes rolled into this.

Initially Apple promised the update last week, but when they dug into the FaceTime service they found some additional security bugs and decided to fix them all at once, making today’s update more substantial than just a quick fix to a single problem.