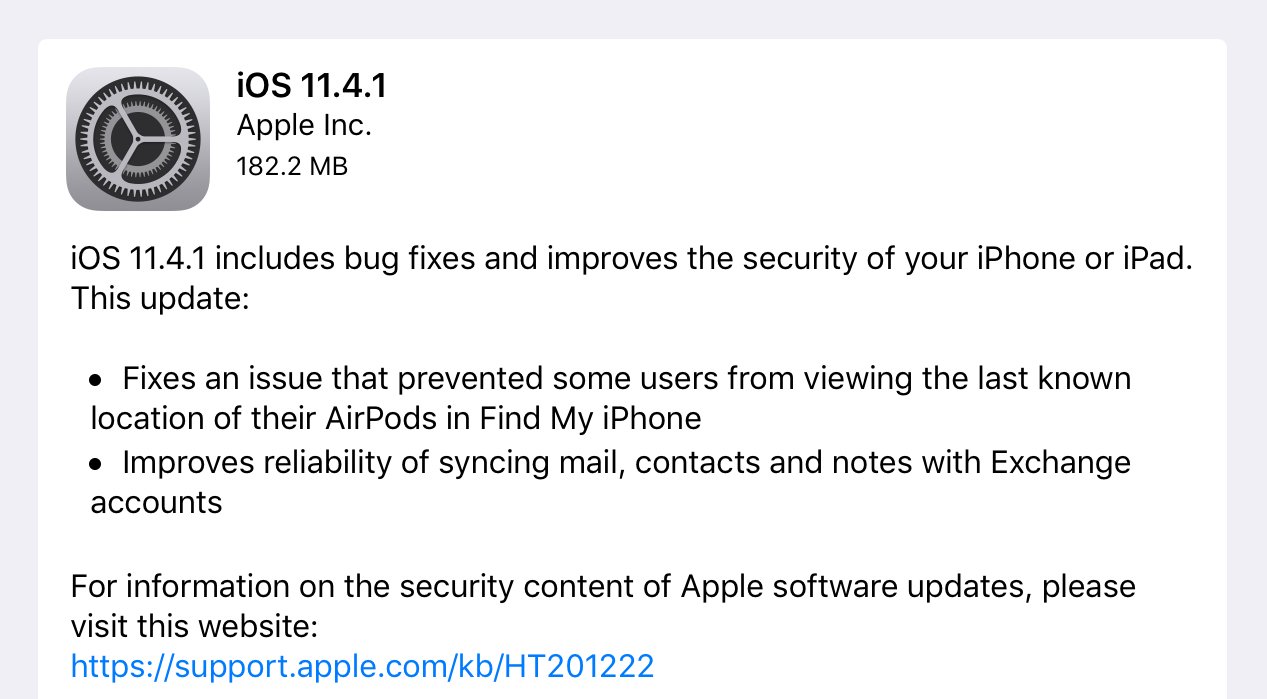 Today Apple released minor updates across all of their mobile operating systems. There are no new features, but there are several bug and security fixes. It’s likely that this is the final version of the iOS 11 series that will be released before Apple releases iOS 12 in the fall.

To update your devices: