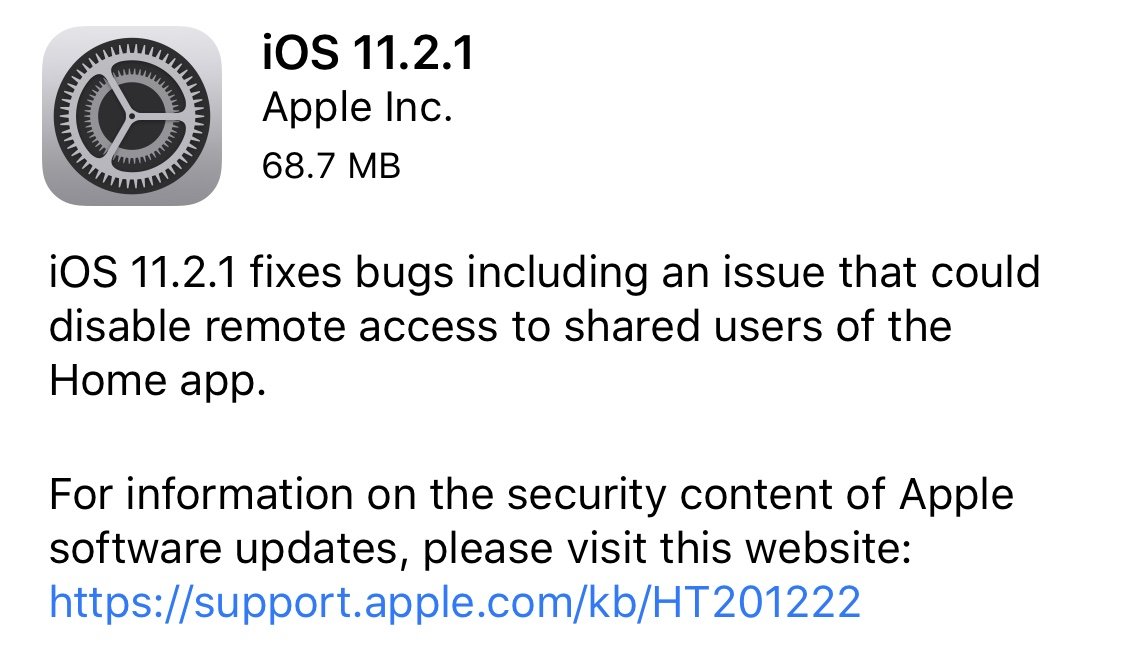 Today Apple released iOS 11.2.1 for iPhone, iPod Touch, and iPad, as well as tvOS 11.2.1 for Apple TV 4 and 4K. The only specifically referred-to fix is to reinstate remote access for HomeKit users. Last week Apple temporarily shut down remote access for users of their home automation software because of a security flaw and this update reinstates it. The wording of the update suggests that there may be other fixes included.