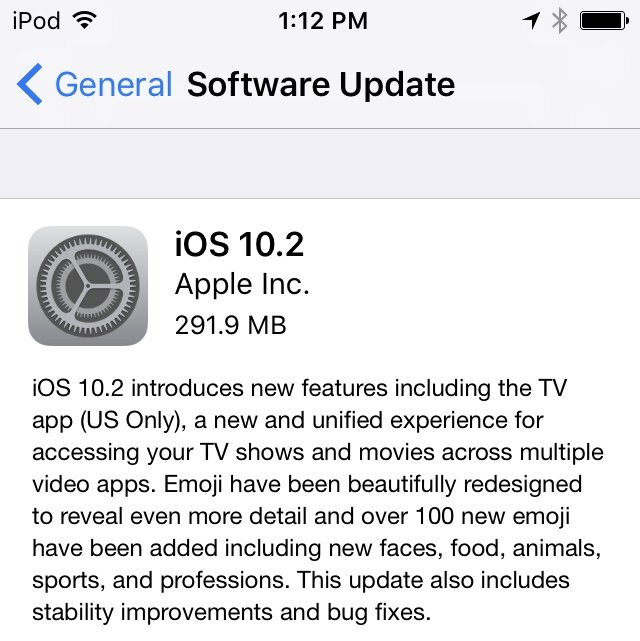 Today Apple released updates for their mobile operating systems. Many of us were expecting to see macOS 10.12.2 released alongside these updates, though it seems likely at this point that it will be out at a later date. A reasonable explanation is that Apple needs just a little more time to perfect some software fixes for the new MacBook Pros, as a large number of users have been reporting problems with battery life, graphics problems, heat, and the Touch Bar, all things which could conceivably be fixed with a software patch.

Along with the regular bug fixes and performance improvements there are a few features worth noting:

To install the updates: