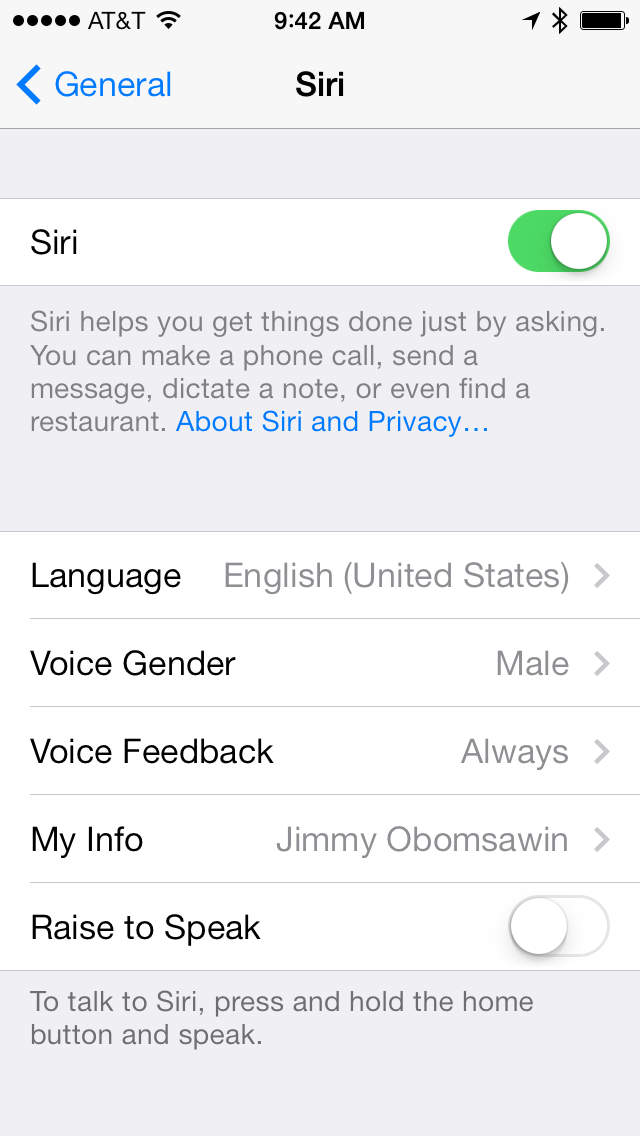 Siri got a makeover in iOS 7. Not only can you choose between a man’s and a woman’s voice, but you’ll get a much more natural voice (if it still sounds robotic, give it some time – the files are downloaded over WiFi eventually on their own).

In addition, Siri responds more quickly and is capable of many more things such as enabling or disabling WiFi or bluetooth.