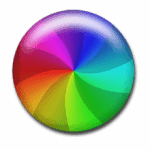 One common misunderstanding about computers is just what memory is and how it affects your computer. If you’re computer savvy you probably know this already but I wanted to answer this in a blog post because I find myself explaining this frequently, and for good reason: memory and storage are both measured in gigabytes so they are easy to confuse.

Computer storage normally comes in the form of a HDD (hard disk drive, or hard drive) or SSD (solid state drive). This is where your computer stores files and programs for long term use. People have long term memory, too, allowing them to recall past events without having to constantly think about them. Similarly, people can also write information down to reference at a later time.

What happens when you don’t have enough memory?

When someone reads a phone number to you, some people are capable of remembering the whole number, while some people have to write down the first few digits before continuing with the remaining digits. People who can’t remember all of the phone digits will need to take a lot longer to do something with that number, because writing it down takes a long time. Similarly, when your computer doesn’t have enough memory to do what you are asking it to do, it will have to “swap” some of that data from the memory to storage, which is often hundreds if not thousands of times slower than memory, slowing your computer drastically.

Why is my computer slower than it used to be? Do I have too many files and programs?

When you install a program or save a file to your computer, it goes into your storage. You can have as much content there as you want without slowing your computer down (with the exception of when your storage is completely full). It is only when you open documents and programs that your computer gets slower. The typical reason for a computer getting slow with age is not that your storage is too full. As programs are upgraded, the newer versions often have more features and are more complex, so we are asking our computers to do more without giving it more resources to do so. To return to the telephone number analogy, some people can remember 7 digits in their short term memory and some people can remember 10. Back when we only had to remember 7 digits for a phone number, people with less short term memory did just fine. But as the area codes have become more important and we are asking people to remember 10 digits, the people who can only remember 7 digits are slowed down because they have to write the numbers down on paper. It’s not that these people are less capable than they used to be or that they are becoming more lethargic; it’s simply that, like our computers, we are asking more of them.

How much memory is enough?

For people running OS X 10.9 Mavericks or later, I recommend having at least 8 GB of memory. 4 GB is sluggish and 2 GB (which is the advertised technical minimum) will make you want to shove a pencil in your eye. If you are doing anything intense like Photoshop or video editing, I normally recommend at least 16 GB if your computer can handle it. If you’re purchasing a new Mac, most cannot be upgraded in the future so I recommend buying them with at least 16 GB. That will probably add an extra year or two to the lifespan of the computer, both in terms of becoming obsolete and in terms of reducing wear on the storage.

Can my memory be upgraded?

Some computers can be easily and inexpensively upgraded. You can probably max your memory out for between $50 and $200. Each model and year of Macintosh takes different memory modules and they are installed in different ways, so it might take some research to determine which ones to purchase.

If, of course, you would like assistance with that and if you are located in San Francisco, I invite you to schedule a consultation.