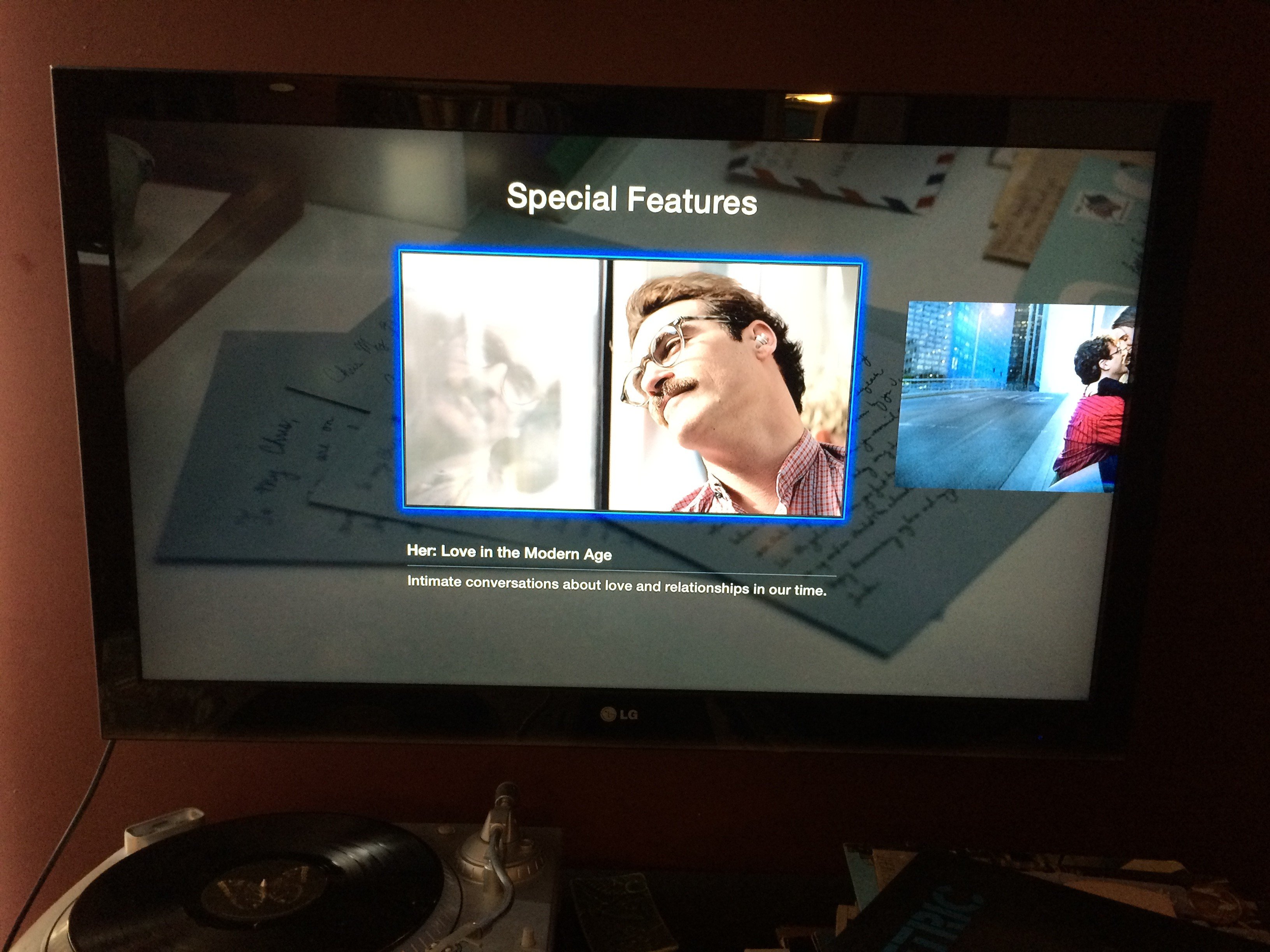 If you’ve purchased movies from the iTunes store, you’ve no doubt noticed that most titles include a feature called “iTunes Extras”, which is similar to the extra features we have on DVDs. It’s a collection of photo galleries, interviews, behind-the-scenes clips, etc. However, until now you’ve had to download those files to your iTunes library and play them from there. It was tedious, took up lots of storage, and required a desktop or laptop computer.

With the recent release of Apple TV 6.2, Apple added iTunes Extras to the Apple TV, so now you can stream them from Apple’s servers as easily as watching a movie or TV show. Simply select the movie and press play. Instead of immediately starting the movie as it used to do, it brings you to a menu where you can start the film or browse the extra features.

If it doesn’t work for you, make sure that your Apple TV is updated. Visit Settings > General > Software Updates > Update Software.

Note that iTunes Extras are only available if you’ve purchased a movie. Rentals aren’t included.