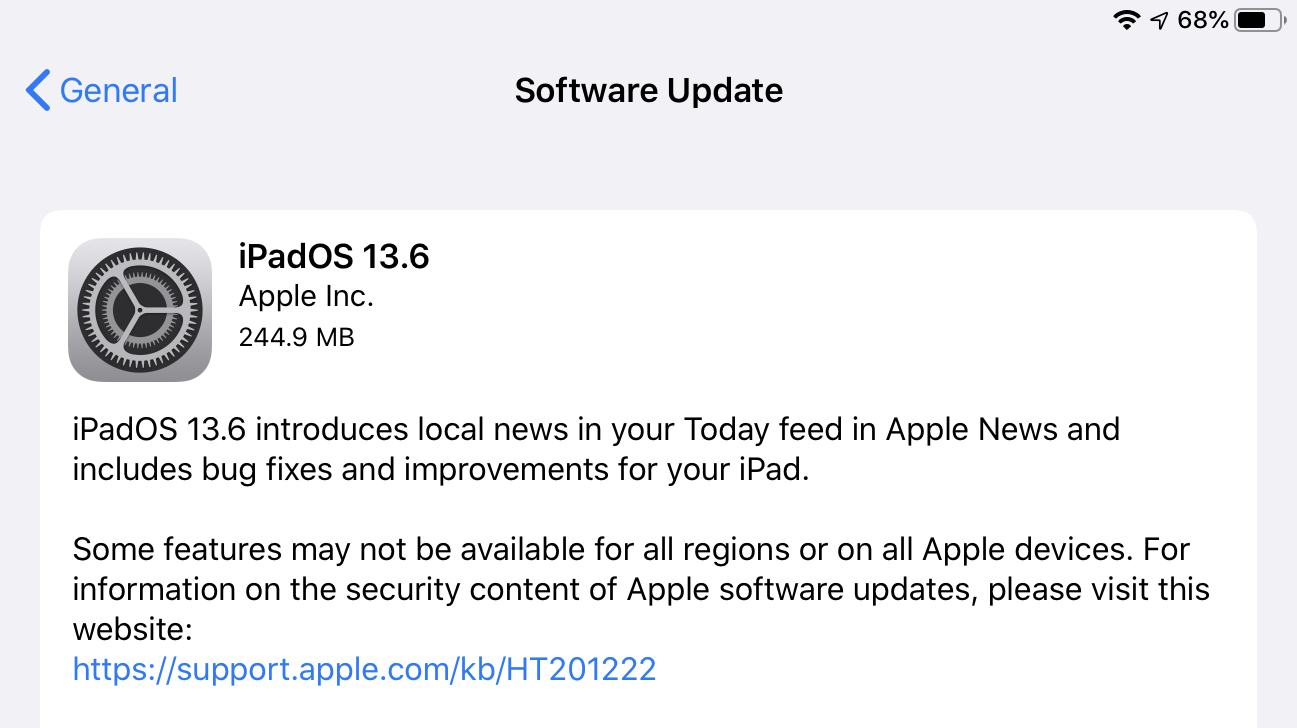 Today Apple released what may very well be the final update across the current OSes before they turn their attention toward this fall’s iOS 14 and macOS Big Sur updates.

These updates are about as stable as they are going to get, so I strongly urge you to consider upgrading if you haven’t already. If you are a late adopter and you’re still running iOS 12, once iOS 14 is released in a couple of months you may no longer have the option to go to iOS 13. If you have to upgrade for some reason (you need one of the new features, an app you depend on requires a software update) updating to iOS 14 might be your only option.

There are few new features since the last updates, so most of the changes are bug and security fixes focused on getting everything just about perfect.

There are a few small features, however: