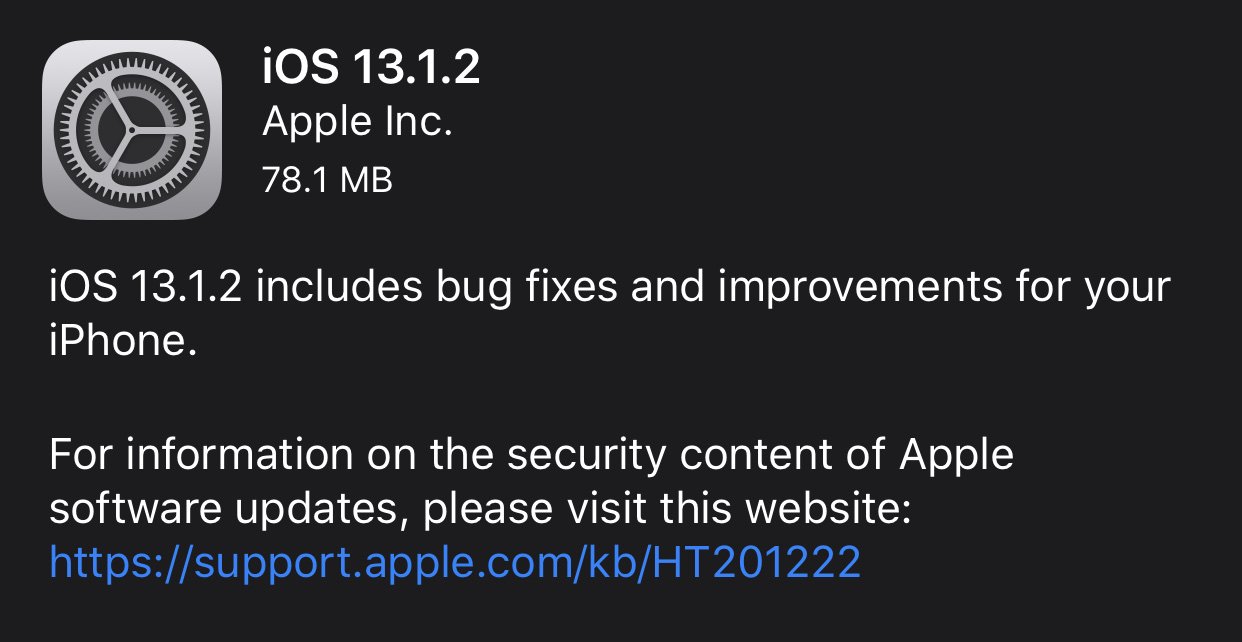 Today, just days after 13.1.1 was released, Apple has released 13.1.2 which addresses several minor bugs including Bluetooth disconnecting from some cars. It’s typical for Apple to release several small updates in the month or so after a major release to squash the bugs that affect a large number of people.

Also released is watchOS 6.0.1 with a handful of bug fixes as well.