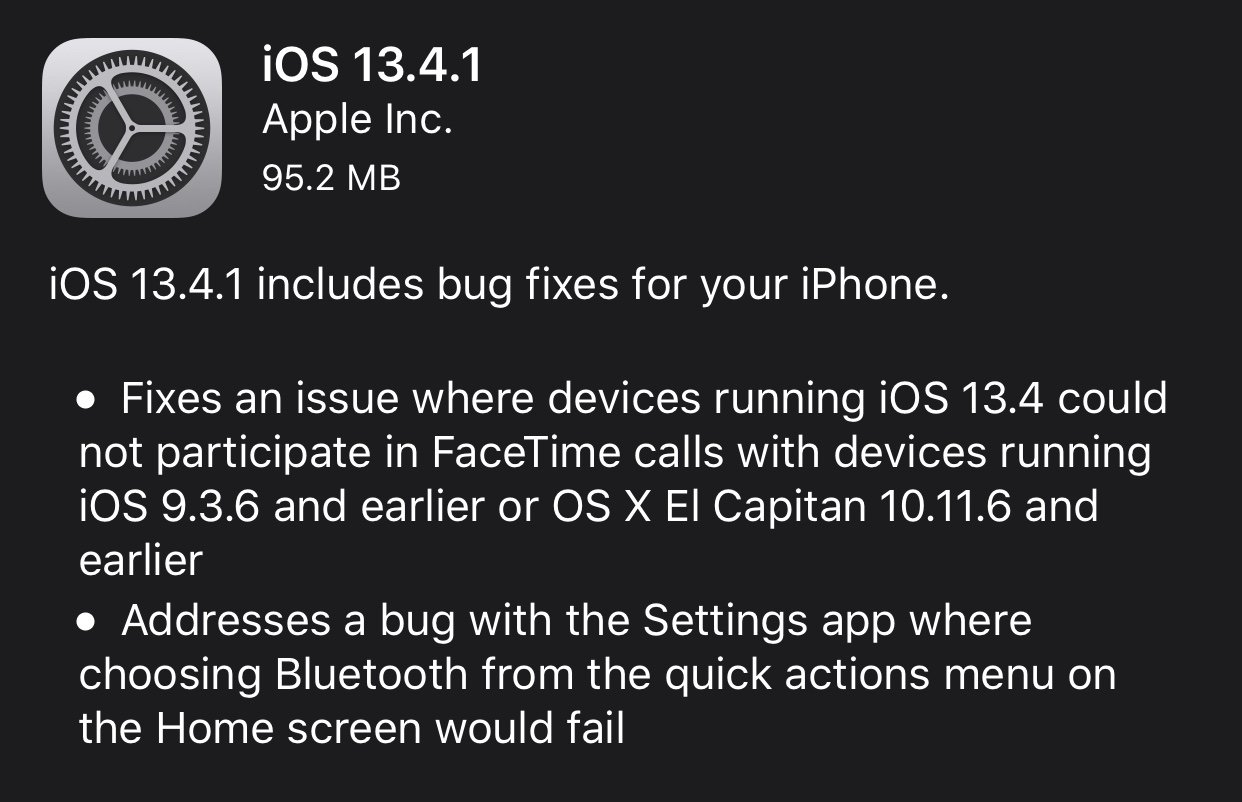 With iOS and iPadOS 13.4 released last week, the ability to call FaceTime users running iOS 9 and OS X El Capitan was inadvertently broken. This small patch restores that ability as well as fixes a bug related to accessing the Bluetooth settings for some users. There may be other fixes and security fixes as well, as Apple usually doesn’t list every fix, just the ones affecting most people.

I recommend everyone install this update at their earliest convenience, especially if you’ve already updated to 13.4.

To update your device go to the Settings app > General > Software Update.