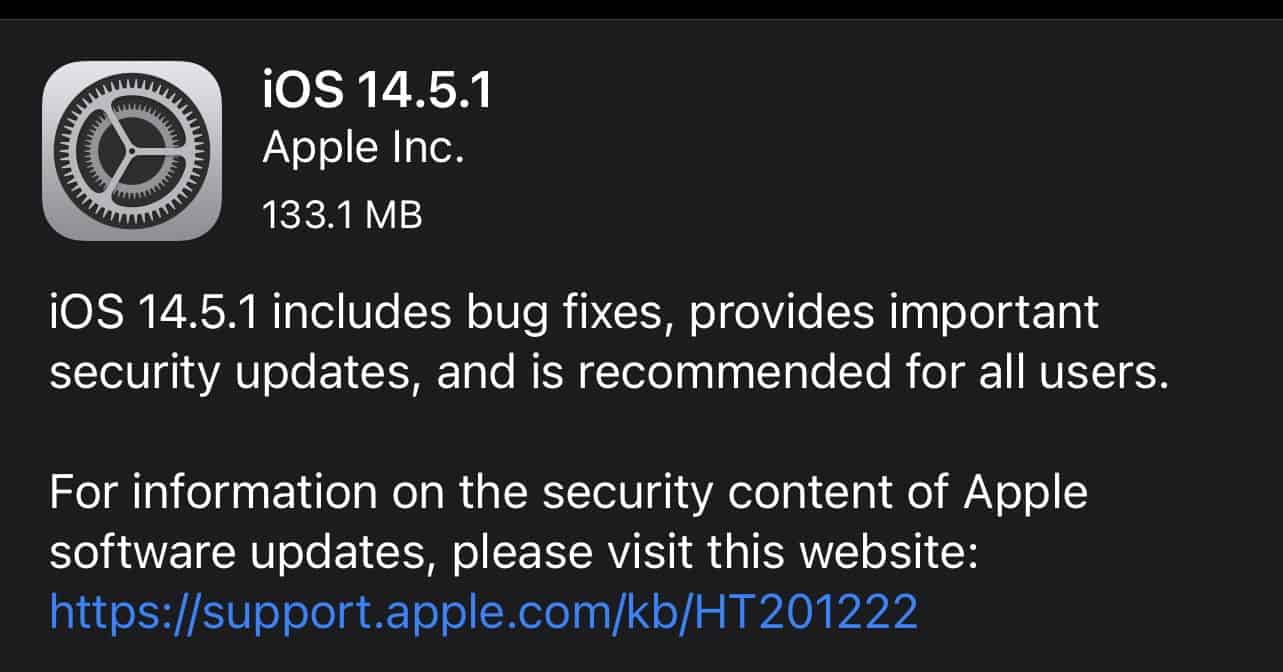 Today Apple released some small but important updates for several of their OSes. There are no changes with these updates, just security fixes and a bug fix that was preventing the new App Tracking Transparency feature from working properly for som people.

These security fixes are for exploits that have been used in the wild, though we are not sure how widespread the exploits are. So I recommend everyone update immediately.

Apple also released iOS 12.5.3 with the same security fixes for older devices that cannot be updated past iOS 12.