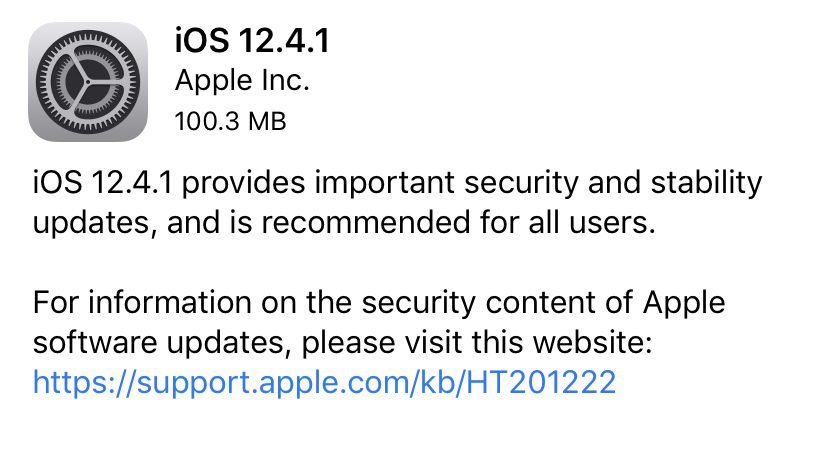 Today Apple released a minor bug and security update across most of their operating systems. While Apple rarely makes a comprehensive list of all changes, there are a few bug fixes that they call attention to such as a problem with macOS Mojave 10.14.6 that causes some models of Mac to turn off instead of going to sleep, as well as patching a very important security vulnerability in iOS 12.4 that allows jailbreaking. While Jailbreaking in of itself isn’t a problem, the same flaw could be used by a hacker to take over a device simply by having you visit a malevolent website.

I recommend everyone update as soon as they are able, particularly if you are running iOS 12.4 or Mojave 10.14.6 currently.

To update iPhone or iPad go to the Settings app > General > Software Update.