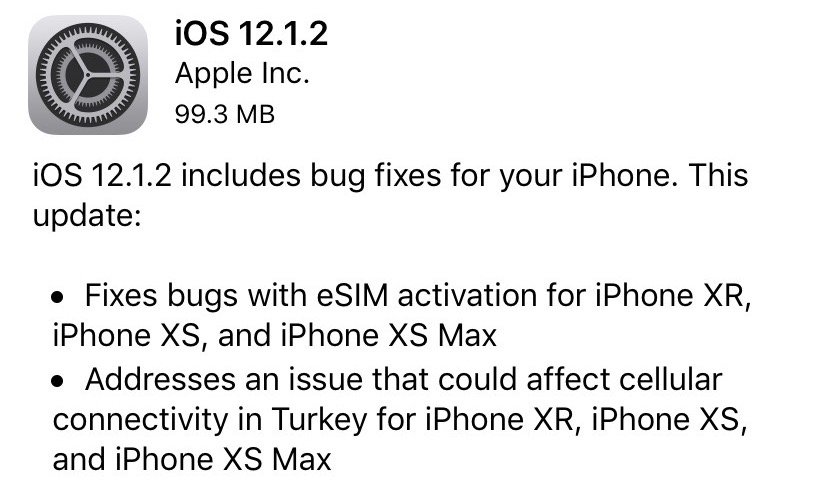 Today Apple released an update for iOS that includes fixes for eSIM activation on the new models of iPhone. Even if you don’t use eSIM (support for dual simultaneous cellular connections), you should still install this update as it possibly includes other smaller fixes. Apple rarely lists every fix in their release notes.

Unlike most iOS updates, this update is iPhone only. Not iPad or iPod Touch.

To update your iPhone, iPad, or iPod Touch go to the Settings app > General > Software Update.