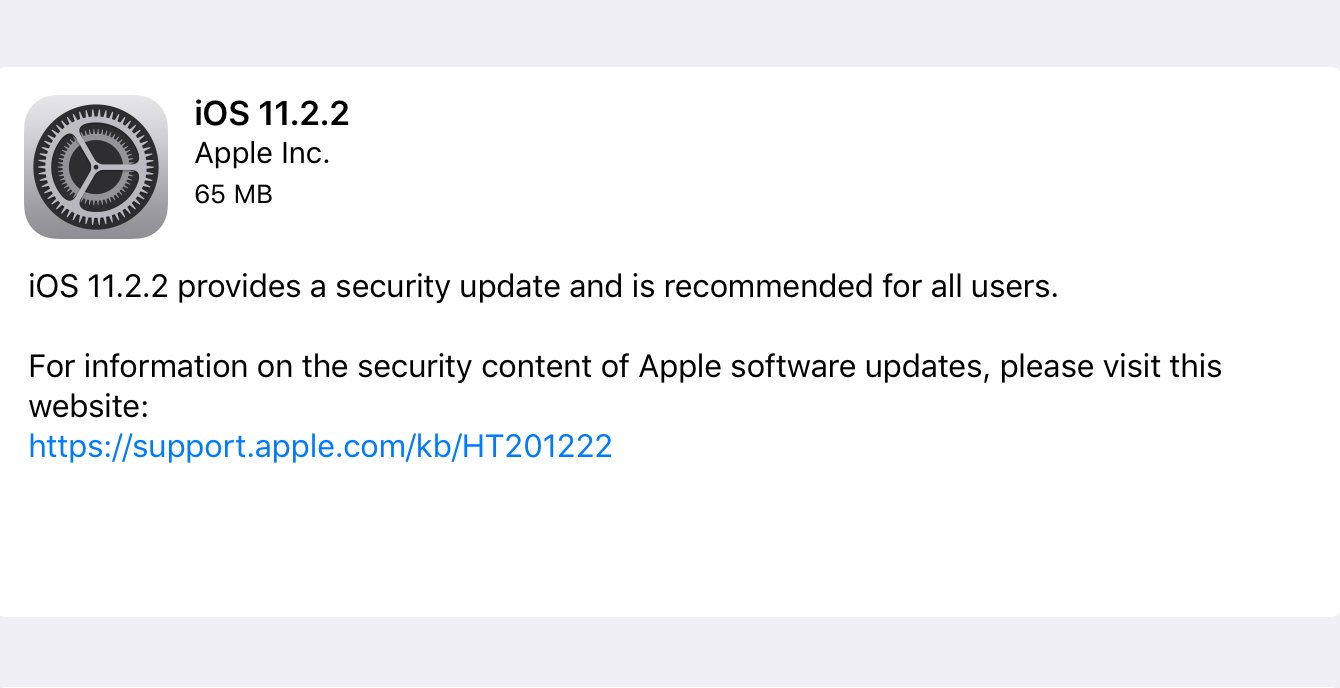 Today Apple released iOS 11.2.2, macOS High Sierra 10.13.2 Supplemental Update, as well as Safari 11.0.2 for macOS Sierra and El Capitan. I highly recommend everyone install these updates ASAP as they contain an important security fix for the Spectre bug.

Last week it was announced that there were two security flaws in virtually every computer and smartphone processor sold over the past decade. iOS 11.2 and macOS 10.13.2 silently fixed the “Meltdown” bug before it became public knowledge. Today’s iOS 11.2.2 and 10.13.2 Supplemental Update fixed “Spectre”. Safari 11.0.2 mitigates the Spectre bug for older Mac software.

Apple says Apple Watch is not vulnerable. Apple TV has not received an update yet but it should be arriving shortly.