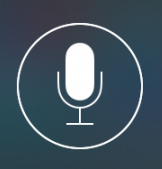 Let’s just get this out of the way: I’m bad at math. Which is probably why I’m so interested in computers. In sixth grade I learned BASIC so that I could program my computer to do my math homework for me. Fast forward a bunch of years, and Siri makes it ridiculously easy to manipulate numbers.

1. Simple arithmetic. You can ask Siri to multiply, divide, add, or subtract two numbers. Here is what happens when I ask “What is two thirds times one point five?” 2. Fractions. I remember something from school about denominators. But I can just ask Siri to figure it out for me. 4. Cooking measurements. Need to find out how many tablespoons are in ¾ cup or how many fluid ounces a teaspoon is? Siri knows. 7. Scientific facts. Siri knows such facts as the radius of the moon, the speed of light, and the boiling point of water. 8. Measurement conversions. Having grown up between the US and Canada, imperial units of measurement have always perplexed me. 10. Time differentials. Want to know how long you’ve worked today? Give your start and end times to Siri. 11. Time to a particular date. Get the number of hours or days to count down to Christmas or New Year’s.